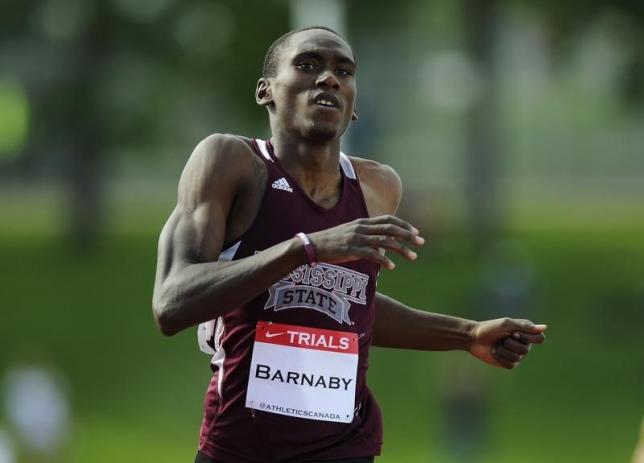 TORONTO - Canadian Olympic athlete Daundre Barnaby drowned while swimming in the ocean on Friday during a training camp at the Caribbean island of St. Kitts, Athletics Canada said in a statement. The 24-year-old Jamaican-born 400 meters runner represented Canada at the 2012 Olympic Games. “This is such a sad and profound loss, Daundre was an outstanding athlete and an even better young man,” said Rob Guy, chief executive officer of Athletics Canada. “On behalf of Athletics Canada I offer my sincere sympathies and condolences to Daundre’s family and teammates. Athletics Canada will do whatever is necessary to support the athletics family through this tragedy.” The organization said Barnaby disappeared when was swimming in the ocean with team mates. "A strong back current took him out, his team mates tried to save him. His body was found around 3:30 p.m by local search and rescue," said the statement. Barnaby became a Canadian citizen in 2012 and his most recent international competition was at the 2014 Commonwealth Games. - Reuters