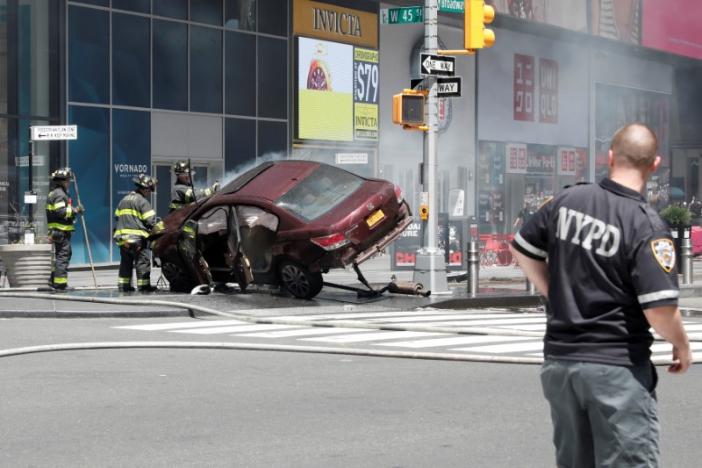 NEW YORK – A speeding car crashed into pedestrians on a sidewalk in New York City's busy Times Square on Thursday, killing one person and injuring at least 12, and police said the incident did not appear to be an act of terrorism, witnesses, police and news media said.

A Reuters witness said one person was covered with a bloodstained blanket after the collision, which occurred around noon ET (1600 GMT) at the Midtown Manhattan tourist venue.

Hundreds of thousands of people, many of them visitors from around the world, pass daily through the bustling commercial area, the heart of the Broadway theater district.

The vehicle was a red Honda sedan and CBS New York Television said the driver had been removed. Television footage showed police officers restraining a man in a dark T-shirt and placing him in a police car.

Witnesses said the motorist had driven against traffic and onto the sidewalk, striking pedestrians.

“Everybody was just running, everyone was concerned for their lives,” a witness told local CBS television.

The car crashed into a pole and came to rest at 45th Street and Broadway.