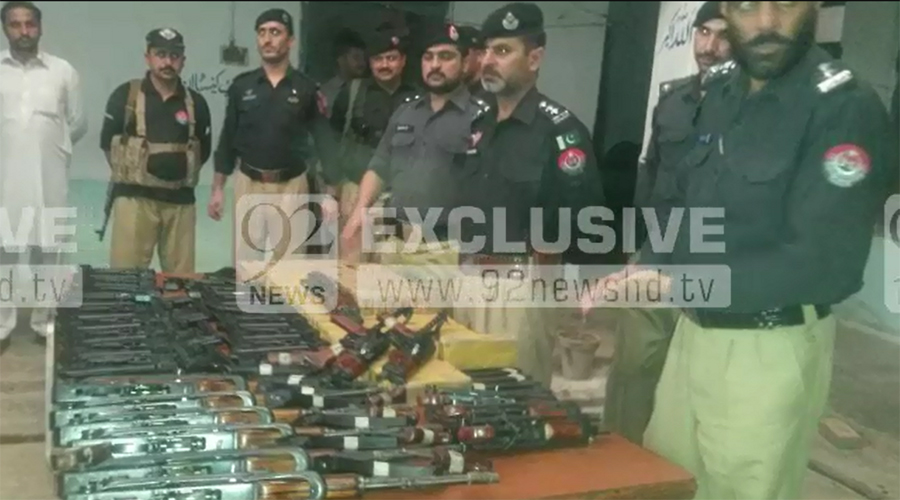 PESHAWAR (92 News) – The police seized a car full of weapons in Peshawar on Sunday and arrested an accused. At least 46 pistols, eight Kalashnikovs, ten magazine and 2,400 bullets were recovered from secret closets of the car. During search operation in the city, the police also arrested two wanted among 15 accused besides recovering arms. Meanwhie, a terror bid was foiled in a crackdown by security forces and agencies. Suicide jackets, three SMGs and mortar balls were recovered.