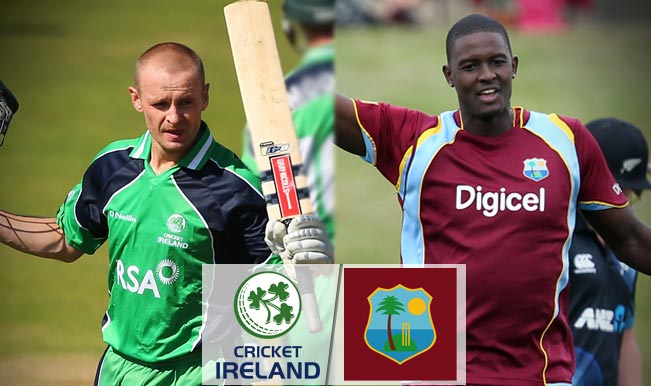 NELSON, New Zealand (Reuters) - With West Indies in abysmal form in the wake of a crisis over player contracts, Ireland have a good chance to upset the Caribbeans in their World Cup opener on Monday, a result that would surprise no-one, according to their skipper. The most experienced of the four non-test playing nations at the tournament, Ireland take on West Indies at Saxton Oval in Nelson, New Zealand, and enter the game full of confidence after beating Bangladesh in their final warm-up match in Sydney. "I think we've played enough cricket now, and we've been around that everyone knows everyone," Ireland captain William Porterfield told reporters in Nelson on Sunday. "There's not many teams that won't know much about the 15 lads that are in our squad. Yeah, I don't think it'll be a surprise (if we win). I think we're preparing for every game and going out there to win that game, and I don't think it'll be a surprise to anyone if we can go out there and win games." Once tickled to be among the heavyweights at the global showpiece, Ireland head into their third consecutive World Cup with a feeling that they belong. "I think there's ... six or seven (players here) that have played in the 2007 World Cup, so that's eight years," Porterfield said. "And those lads ... were growing up throughout the team together, played a lot together. We're all late 20s, 30s now, and then you chuck in the youngsters now, youngsters come into the side with a lot more knowledge of cricket as such." Ireland will also lean on coach and former West Indies international Phil Simmons for some special insights into their opponents on Monday. "I think Sim was experienced in the knowledge of the game, and he's obviously great to have. But he obviously knows quite a few of the West Indies players, as well," Porterfield said. "Obviously Sim will just add that better and extra touch whenever it comes down to that and the finer details.”