Case of H5N8 bird flu in German farm, turkeys to be culled 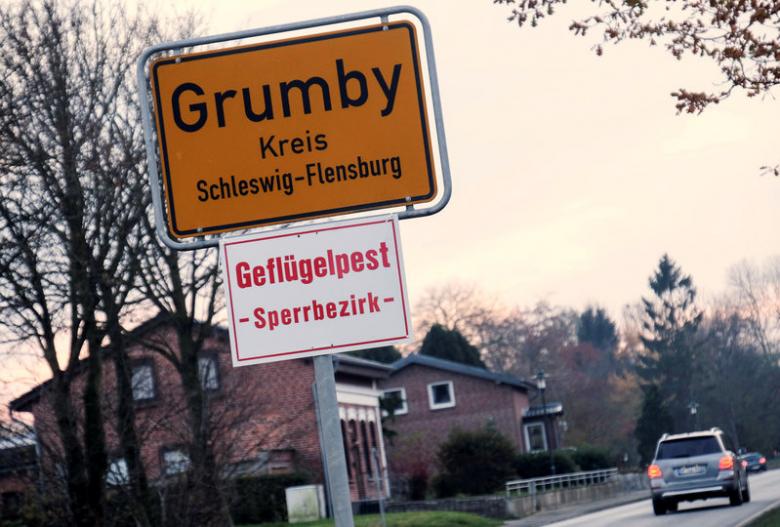 Case of H5N8 bird flu in German farm, turkeys to be culled

BERLIN - A case of high risk H5N8 bird flu has been confirmed in the German state of Lower Saxony and about 16,000 turkeys on the farm will now be culled, authorities said on Thursday. The case was confirmed in Cloppenburg in north Germany and is the first farm-based case in Lower Saxony, one of Europe's largest poultry production regions, the state's agriculture ministry said. Several European countries and Israel have found cases of H5N8 bird flu in the past few weeks and some have ordered that poultry flocks be kept indoors to avoid the disease spreading. The contagious H5N8 strain has been repeatedly found in wild birds in much of Germany in recent days and the country's government has tightened sanitary rules for farms and warned it may order poultry to be kept inside. Most outbreaks involved wild birds but Germany, Hungary and Austria also reported cases in domestic duck and turkey farms where all poultry had to be culled. A case was also reported on a farm in Denmark on Monday. -Reuters