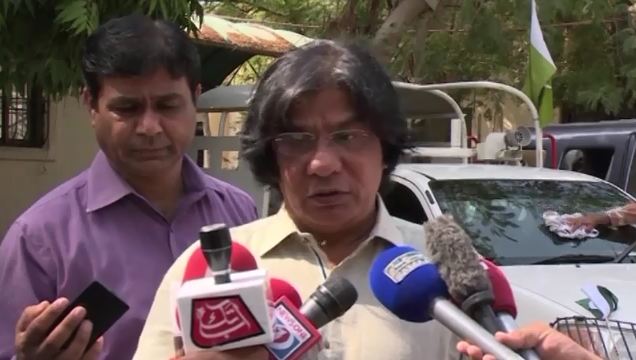 KARACHI (92 News) – Muttahida Qaumi Movement leader Rauf Siddiqui termed the cases against party leaders worst start of political revenge of the Sindh government. Talking to media after hearing at the Anti-Terrorism Court, Rauf Siddiqui said that the Sindh government will have to save itself, adding that the MQM will not support the provincial government in the future. On the other hand, the Anti-Terrorism Court on Saturday granted interim bail to the Muttahida Qaumi Movement leader Rauf Siddiqui till September 2. It is pertinent here to mention that, dozens of cases were registered against the MQM leaders after party chief Altaf Hussain’s anti-army and ant-Pakistan remarks.