Cases are being tried to sideline PML-N: Abid Sher Ali 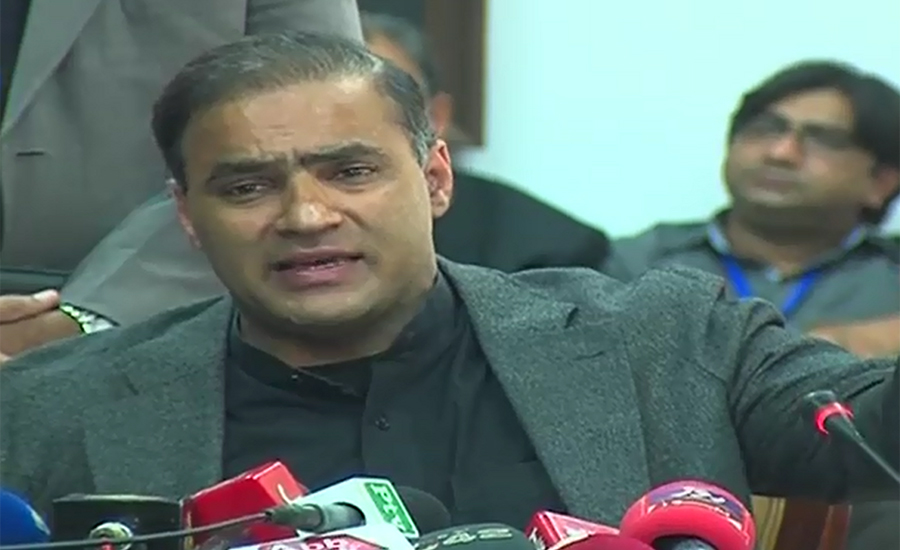 Cases are being tried to sideline PML-N: Abid Sher Ali

LAHORE (92 News) – State Minister for Power Abid Sher Ali has said that the cases are being tried to sideline the PML-N. Talking to the media on Friday, he said that Nawaz Sharif has not committed the corruption of a single penny. “If he (Nawaz) has committed corruption, he should be hanged upside down,” he added. The minister said that the Musharraf-era cases are being reopened. Earlier he chaired a meeting on power system constraints held at WAPDA House Lahore on Friday, Minister of State for Power Ch Abid Sher Ali has directed the heads of power sector entities to complete their ongoing projects well before time. Deputy Managing Director NTDC, CEOs of all Distribution Companies (DISCOs), GM (R&CO) PEPCO and other senior officials of Power Division attended the said meeting. Highlighting the performance of present government in power sector, he lauded the unending efforts of all concerned quarters to overcome load shedding and mentioned that at present surplus electricity is available in the system. He affirmed that the present govt aims to shut down all expensive oil based power plants to ensure availability of cheaper energy for consumers. He also apprised that the previous govt did not pay heed on rehabilitation and maintenance of old power plants which caused several system constraints inflicting heavy losses. The minister directed today in a series of system constraints meetings being held regularly for monitoring committee comprising the officials of Power Division, PEPCO, NTDC and DISCOs to rigorously monitor the pace of developmental work and ensure timely completion of all ongoing projects. Next meeting of system constraints will be held in Dec 2017. He clearly mentioned that officials failed to complete projects within the given date would be penalized. He directed CEOs that honest and dedicated officers should be posted against key posts for completion of projects. He also expressed satisfaction over energization of 500kv Port Qasim Transmission Line and appreciated NTDC and DISCOs for coordinated efforts to overcome the issues of system constraints.