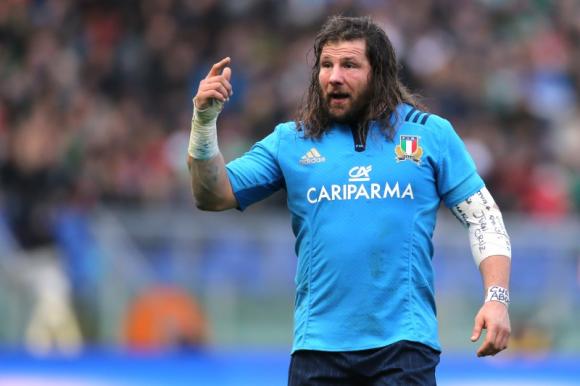 MILAN (Reuters) - Italy prop Martin Castrogiovanni is set to miss Saturday's Six Nations match against Scotland at Murrayfield after being bitten on the nose by a friend's dog, the Ansa news agency reported on Monday. The Italian rugby federation said Castrogiovanni had suffered a "slight domestic incident" and been left out of the provisional squad, though it did not give any further details. Ansa said the Argentine-born 33-year-old had been playing with the dog which turned on him and caused a wound requiring 14 stitches.