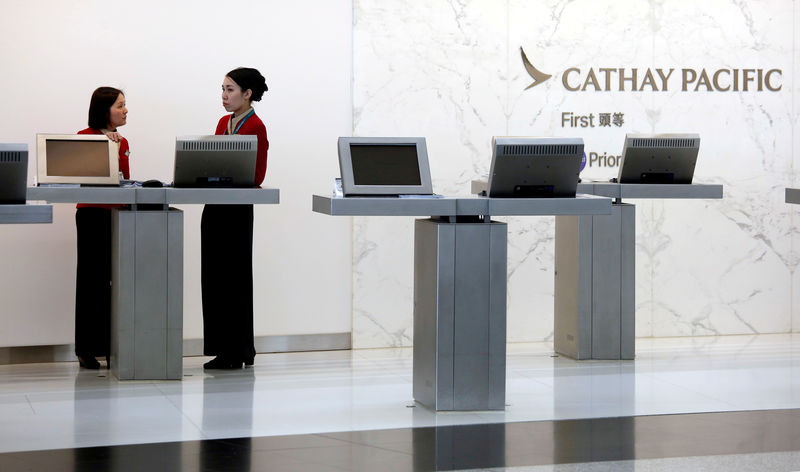 HONG KONG (Reuters) - Cathay Pacific Airways (0293.HK) said it would guarantee thousands of first and business-class flights sold at huge discounts after a ticketing error, calling the mistake a surprise special on New Years Day. The Hong Kong based carrier acknowledged the error on its twitter feed on Wednesday, stating “we made a mistake but we look forward to welcoming you on board with your ticket issued. Hope this will make your 2019 special too!” The tickets are for flights from Vietnam to New York on Cathay Pacific for around $675 (538.06 pounds) return instead of about $16,000 normally.
The fares were not available on Cathay’s website on Thursday.
Online flight blogs and forums have been active with discussion on the deals since the error, with posts wagering on whether Cathay would honour the ticket fares. The ticketing error caps a tough year for Cathay. The carrier has come under mounting criticism after it said in October that about 9.4 million passengers’ personal data had been accessed without authorisation, seven months after it became aware of the breach. The airline said it has spent over HK$1 billion ($127.7 million) on IT infrastructure and security over the past three years.