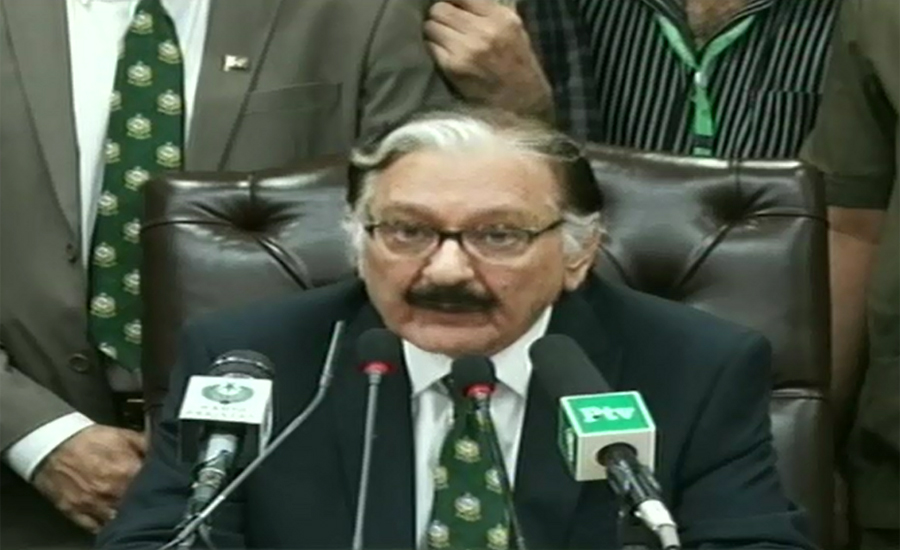 ISLAMABAD (92 News) – Chief Election Commissioner Justice (retd) Sardar Muhammad Raza Khan has congratulated the nation on the successful conduct of general elections 2018. Addressing a press conference, he said that the technical system was introduced first time and the results were delayed for two hours due to a glitch. He said that the results from four provinces will be received in a few hours. Justice (retd) Sardar Muhammad Raza Khan also thanked the COAS General Qamar Bajwa and Chief Justice Mian Saqib Nisar. To a question about the unavailability of Form 45, he said that the PML-N has sent a few chits and the matter will be probed. The CEC also announced the first result. “The result announced by the ECP will be considered real,” he said. He said that the elections were held fair, free and transparent. He also lauded the positive role of the media. “There is no stigma on the elections,” he maintained.