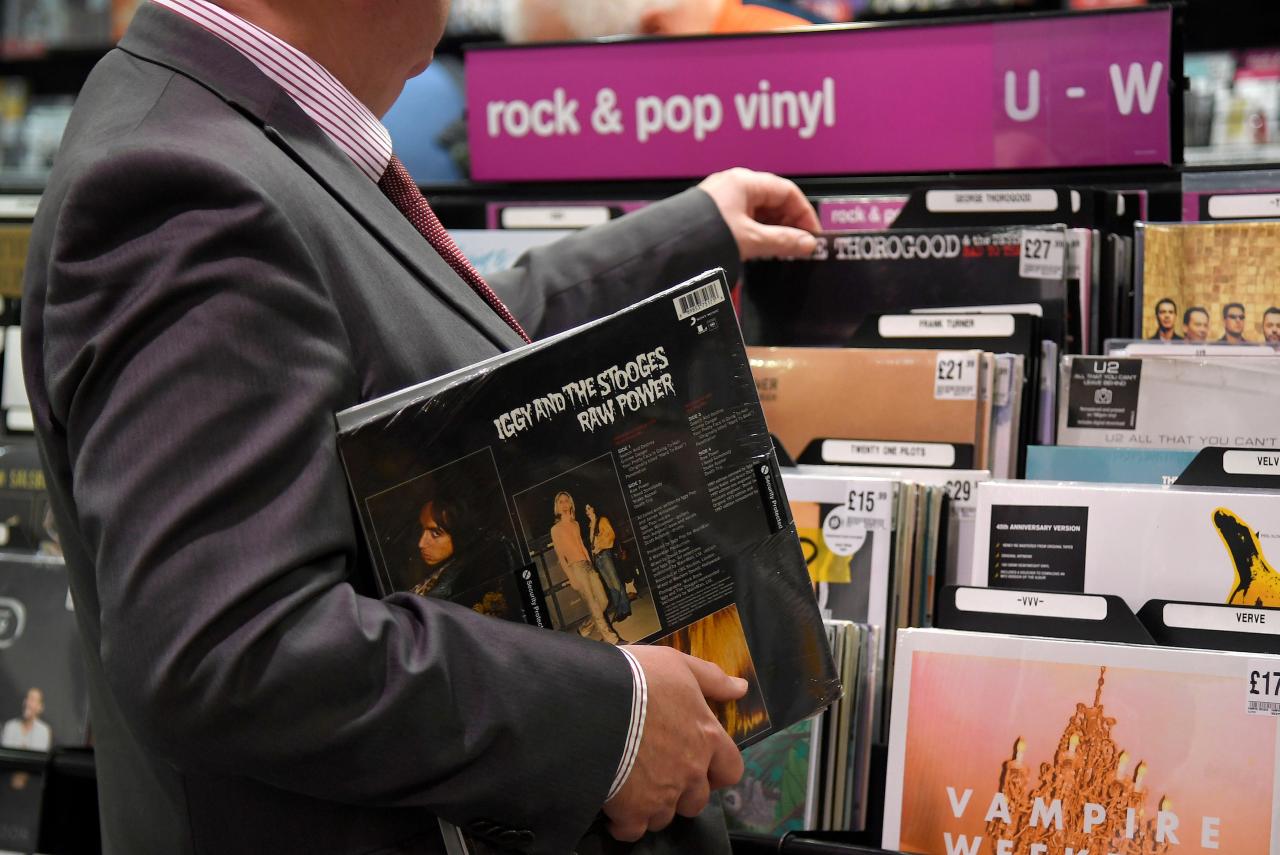 LONDON (Reuters) - Britain is to have its first ever “National Album Day” this autumn, an event organisers hope music fans will celebrate annually to mark their appreciation of the format. Music lovers around the country will honour singers, songwriters, producers and sleeve designers on Oct. 13 and various events, organised by industry players and BBC Music, celebrating “all aspects of the UK’s love of the album” will be held in the run-up to the day. Fans are also being asked to play their favourite album in full that afternoon. “Streaming may be broadening our ability to access and discover music,” Geoff Taylor, Chief Executive of the British Phonographic Industry, said in a statement. “But the concept of the album as a body of work that expresses a narrative or an artist’s creative vision at a given moment, remains as relevant and inspiring as ever.” Monday’s announcement comes as the music industry this year marks 70 years since the release of the very first vinyl LP, or long playing record. Like other countries, Britain already has a “Record Store Day” when independent record shops are celebrated each year with vinyl releases and events and performances.