Celebrities react to 'surprise' given by PM Imran Khan Celebrities react to 'surprise' given by PM Imran Khan

LAHORE (Imran Ali Raj) - Celebrities of the showbiz industry have reacted to the 'surprise' given by Prime Minister Imran Khan.

In this regard, Actor Feroz Khan expressing his opinion on his Insta Story wrote that Imran Khan is a very popular politician. "How did everyone turn away from him and then he won. Allah alone is enough to guard and help him,” he added.

Actress Saba Qamar also wrote on her social media account in support of Prime Minister Imran Khan. She expressed her happiness over the rejection of the no-confidence motion against him. She wrote in her status that "it was a master stroke. 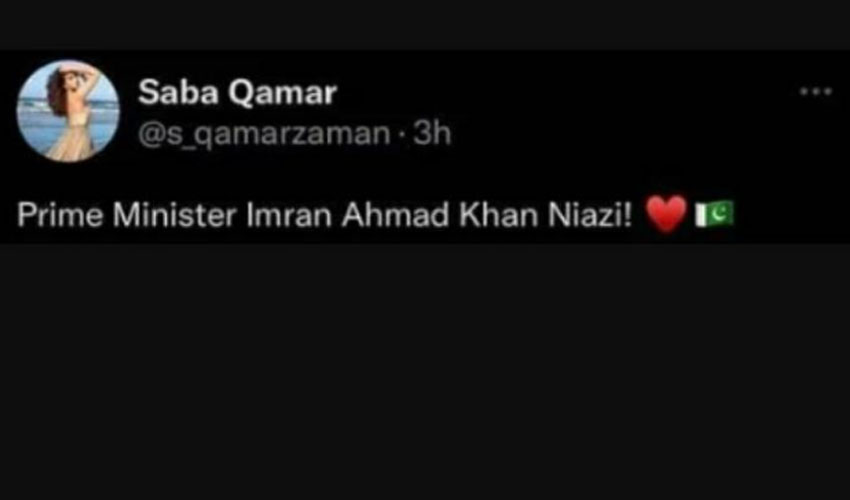 On the other hand, actor Faisal Qureshi also expressed his happiness on Twitter in this regard. "Long Live Pakistan, Long Live the people of Pakistan. We stand with Imran Khan.”

Actor Shahrooz Sabzwari congratulated the nation on the rejection of the no-confidence motion on micro-blogging site Twitter. He wrote "Allah Akbar, congratulations to Pakistan.”

It should be noted that Prime Minister Imran Khan had said immediately after the no-confidence motion was filed against him by the united opposition that he would give a 'surprise' to the opposition and the nation.