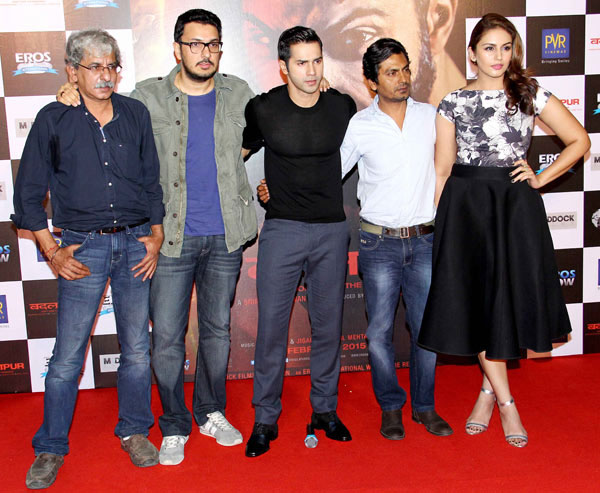 NEW DELHI (Web Desk) ‘Badlapur‘ director Sriram Raghavan has slammed the censor board’s list banning objectionable and abusive words in films, calling it “stupid”. Raghavan was in the capital to promote his upcoming film, a dark revenge drama, along with its star-cast Varun Dhawan, Yami Gautam, Nawazuddin Siddiqui and producer Dinesh Vijan. “I have seen that list but I don’t know whether any other abuse will be allowed. There can be 50 more expletives. You will ask the people to write down so they will write down. So I think it is quite a stupid list because certain stories need a certain kind of language,” he told reporters here. The director said he personally feels that “expletives don’t really add to a film”. “We should be a little more cool about it and take every film, every story as what it is all about and judge it on that basis. You can’t say a X word can’t be used in Hindi cinema from henceforth. That does not make sense,” he said. Vijan said ‘Badlapur‘ did not get any cut from the censor board but they had to mute abuses in three places. “Badlapur” is releasing this Friday.