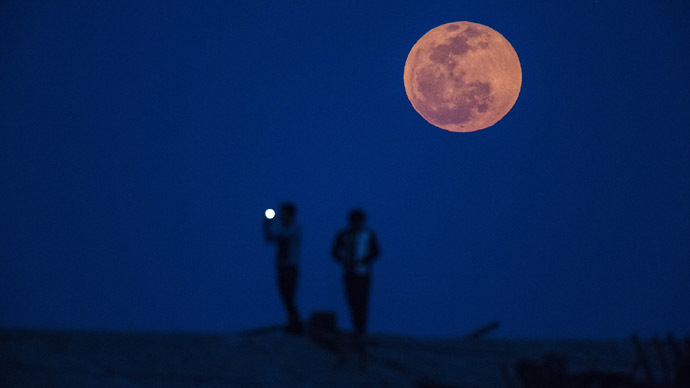 The moon will pass through the Earth’s shadow and turn blood-red at 6:49pm in all over Pakistan on Saturday. Saturday’s eclipse will also be the shortest in a century, with the moon spending just four minutes and 43 seconds completely in Earth’s shadow. However, the time it will take for the moon to become completely occluded will be abnormally long, a whole 102 minutes, writes Space.com. This is because the moon will have just reached apogee, its farthest point from the Earth. As the moon skims the edge of the planet’s shadow, it will turn a shade of red. “This is happening because the sunlight that’s reaching the moon is just the sunlight bending through the Earth’s atmosphere,” NASA scientist Michelle Thaller explained last year. The same reason that a sunset is red: the Earth’s atmosphere scatters away blue light, but lets red light through.” –Reuters