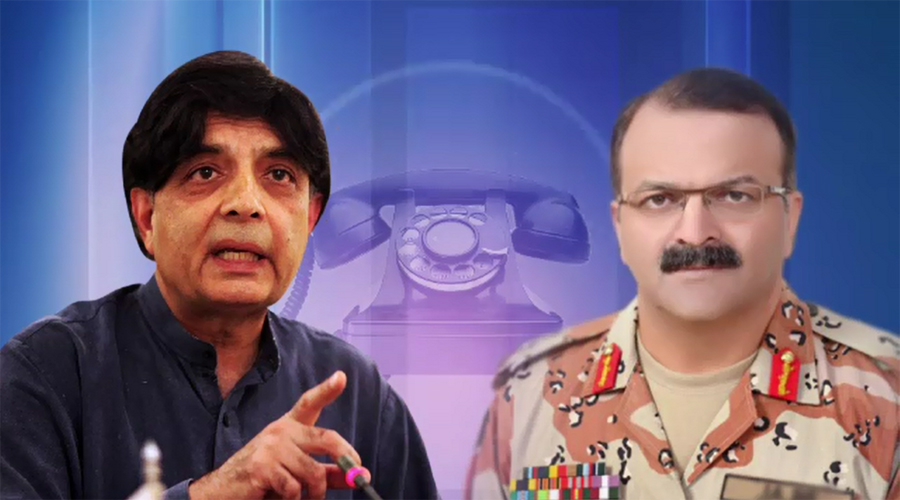 ISLAMABAD (92 News) – Interior Minister Ch Nisar phoned DG Rangers Sindh Maj-Gen Bilal Akbar and discussed the extension in powers on Thursday. Ch Nisar expressed his concern over issue of the Rangers’ powers. He said that he would again contact Sindh Chief Minister Syed Qaim Ali Shah over the issue. The minister appreciated the role of Rangers for restoration of peace in Karachi. Sources said that the Rangers could withdraw the security of VVIPs due to a delay in extension in powers.