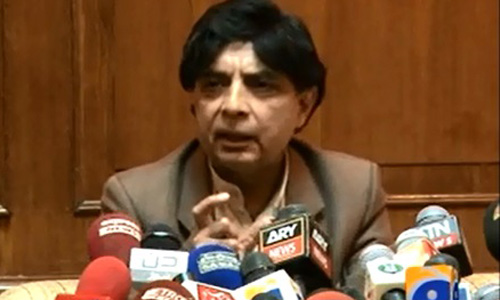 ISLAMABAD (92 News) – Federal Minister for Interior Chaurdhary Nisar Ali has said that the Muttahida Qaumi Movement (MQM) leader Dr Imran Farooq’s murder is a sensitive issue which will be made to reach its logical conclusion. Talking to media, the minister said that the main suspect of the case, Muazzam Ali’s calls was being traced for further clues. “Further developments in the case will be shared with the media in a week’s time,” he said.