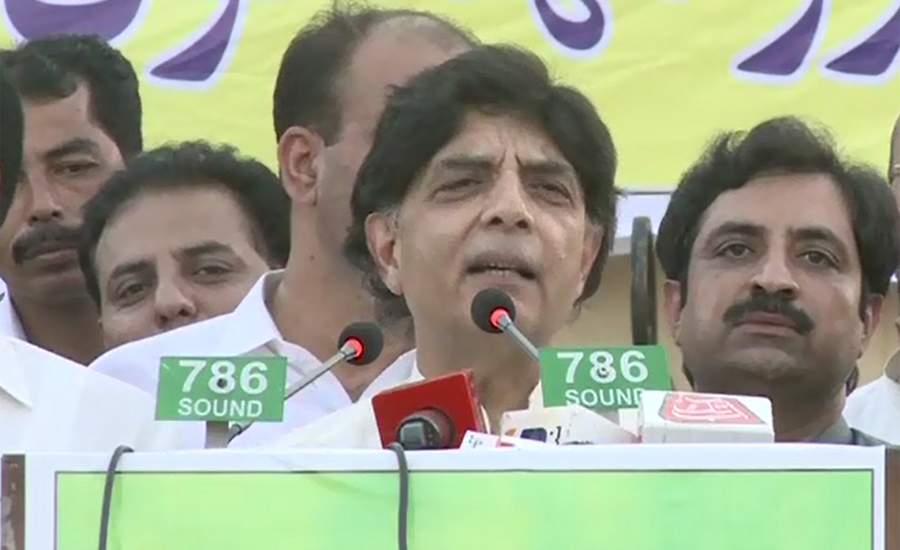 CHAKRI/RAWALPINDI (92 News) – Disgruntled PML-N leader Ch Nisar has said that Nawaz Sharif, not he, betrayed. Addressing a public meeting on Saturday, he said that he had preferred to stand on his feet instead of getting the ticket. “I have not installed a mill or a factory after entering politics,” he said. The former minister said that he worked for the progress of the area people in his political life. “I along with the Pak Army fought the war against terrorism,” he said. He said that he did the politics of the country, not the politics of ‘biradari’ (clan). “There were no road, hospital and electricity in the area,” he said.