Ch Nisar says no deal for return of Asif Zardari 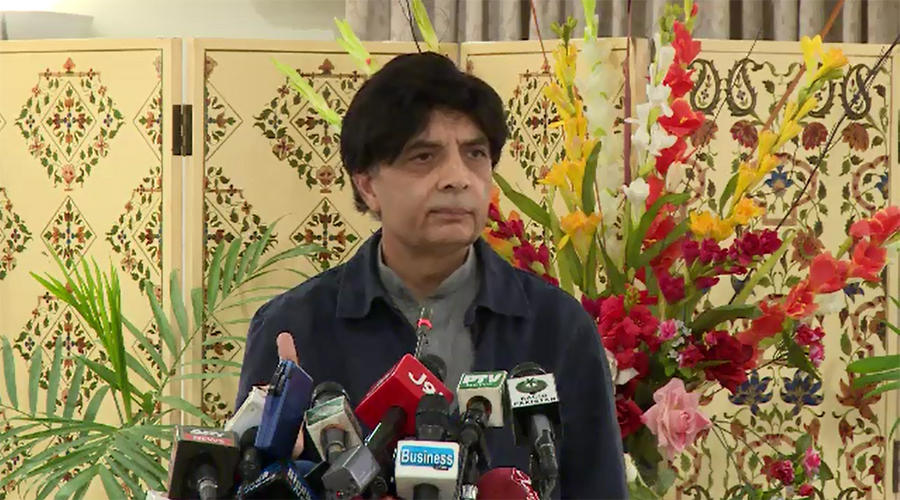 Ch Nisar says no deal for return of Asif Zardari

ISLAMABAD (92 News) – Interior Minister Ch Nisar has said that no deal has been struck for the return of PPP co-chairman Asif Zardari. Talking to the media on Saturday, he said that the allegation of his wish to become the prime minister is bogus. He said that he would answer to the commission report on the Quetta tragedy in the Supreme Court. “Respect does not lie in designations, but in character,” he said The minister said that he had not hatched a conspiracy against anyone. “There were several opportunities in my 45-year-old career when I could become the PM,” he maintained. He said that Rangers’ raids were not related to the return of the prime minister. “Neither an FIR is against Asif Zardari nor is he involved in a case,” he added. Ch Nisar said that the PPP leaders were angry with him for continuing inquiries against them. He said that the FIR was conducting all inquiries on the order of the Supreme Court.