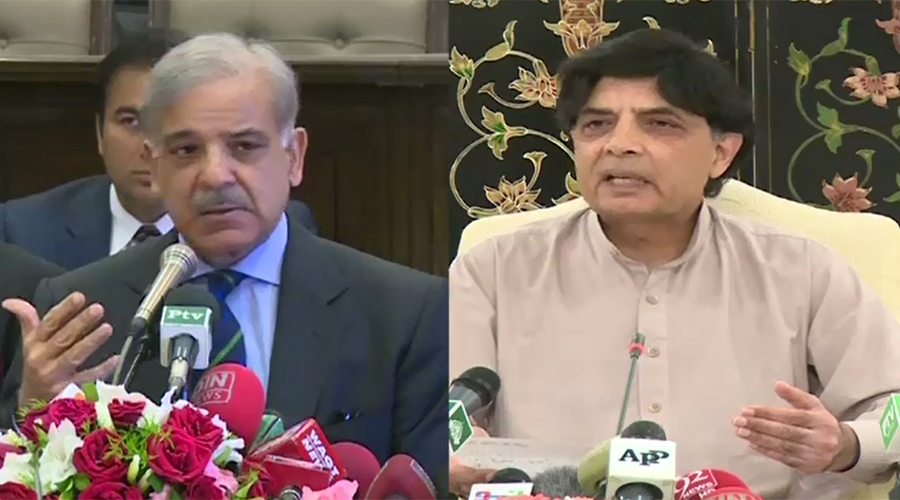 LAHORE (92 News) – Interior Minister Ch Nisar again called on Chief Minister Shahbaz Sharif on Wednesday. They discussed the PTI march and political situation. They decided not to create a hurdle in the march. They also stopped the PML-N workers from expressing any response to the PTI march. They, however, agreed that any attempt to disrupt peace will be foiled. Railways Minister Kh Saad Rafique also accompanied him.