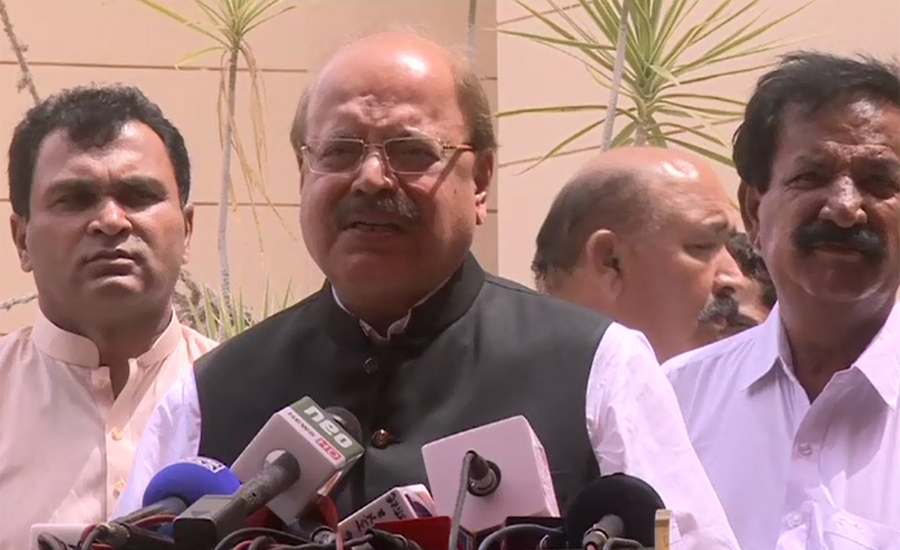 ISLAMABAD (92 News) – PPP leader Manzoor Wassan has said that the backache of Interior Minister Ch Nisar is for giving the slot of premiership to Shahbaz Sharif. Talking to the media on Monday, he said that the election was not visible if the situation remains the same. “The accountability will not only be restricted to politicians. Important decisions will be made from July 24 to August 15,” he added. The PPP leader said that a big, not mall, sacrifice will be offered on Eidul Azha.