Chairs in Imran Khan’s meetings are empty like his mind: Shehbaz Sharif 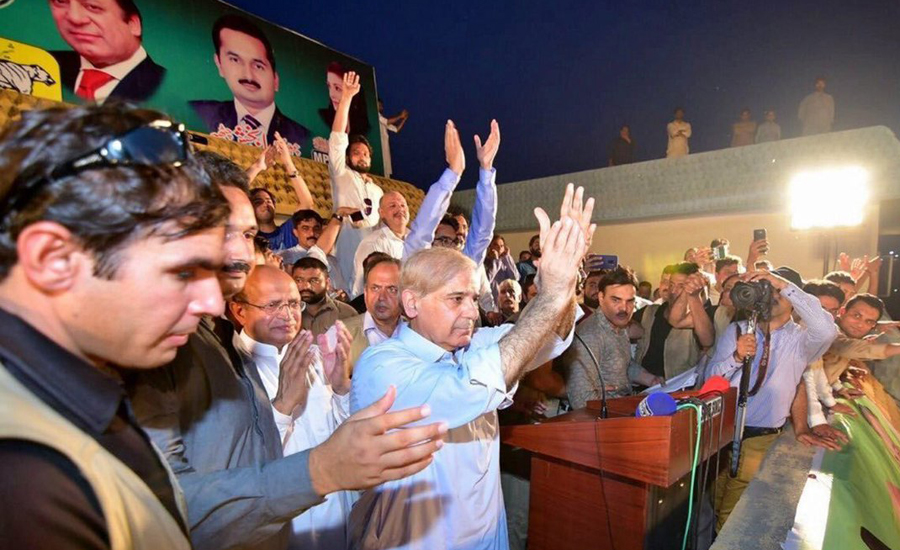 Chairs in Imran Khan’s meetings are empty like his mind: Shehbaz Sharif

ROJHAN (92 News) – PML-N president Shehbaz Sharif has said that Imran Khan had proposed and withdrawn the name of Nasir Khosa as the Punjab caretaker chief minister. Addressing a public gathering on Thursday, he said that how a man who cannot honor his decisions would run the country. Terming Imran Khan a liar, he said: “Imran Khan had termed us dengue brothers when dengue attacked Lahore. When dengue attacked Peshawar, Imran mounted the mountains and said that it would itself end in the winter.” He said that chairs are empty in the meetings of Imran Khan Niazi like his mind. Shehbaaz Sharif said that the PML-N had given the people thousands of watts, but he could not produce a single kilowatt. “The media blacks me out when I make speeches. Giving the complete freedom to the ‘favourite’ will not work,” he said. He said that Nawaz Sharif knew that he would have to go to jail along with his daughter, but he returned to the country. “The verdict in the Avenfield reference was very weak. My aged mother was anxious to meet Nawaz Sharif at the airport, but the NAB did not allow him to meet his mother,” he said. Shehbaz Sharif said that Nawaz Sharif was made to sleep on the floor at night.