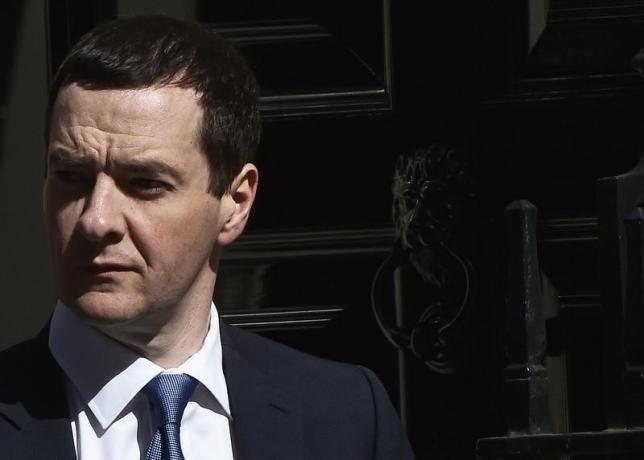 BEIJING - Chancellor George Osborne expressed his confidence in the slowing Chinese economy on Sunday, saying the country was going through a necessary transformation and was still a driver of global growth. A string of downbeat activity data combined with wild price swings in the stock markets and a surprise currency devaluation in August have fuelled fears that the Chinese economy may be slowing more sharply than was expected earlier, putting Beijing's 2015 growth target of 7 percent at risk. "China is going through a very necessary and challenging transformation which is essential so that China's economy can go on creating good careers and good jobs and higher living standards for your 1.3 billion people," he said at the start of a five-day trip to China. "I think the message I would say to China is, carry on with the reform, carry on with the change you're making." Osborne said he was "very deliberately" visiting the Shanghai stock exchange on Tuesday and would be talking about what had happened on the financial markets over the summer. "Of course there have been ups and downs. We've seen that through the summer. In our estimation the spillover effects, the impact of that on other financial markets, has been relatively limited," he said, speaking to an audience of Chinese technology executives. "And if you look at the broader picture in China, even if it's not growing at double digits the way that it once did it is still creating an economy at least the size of the United Kingdom in the next five years. So it's a massive source of global growth going forward." Despite disagreements over human rights and the former British colony of Hong Kong, China values Britain's staunch defence of free trade and lack of obstacles to investing in Britain. Chinese President Xi Jinping visits Britain next month. London has been especially keen to attract Chinese banks and encourage offshore trade in the yuan to bolster its position as the world's main centre for foreign exchange trading. "There is no economy in the west that is as open to Chinese investment as the United Kingdom," said Osborne, who is currently frontrunner to succeed Prime Minister David Cameron as Conservative leader ahead of the 2020 election. "We welcome Chinese investment. There is huge amounts of Chinese investment coming into Britain at the moment. Indeed we are attracting more investment than Germany, France and Italy put together into the UK." -Reuters