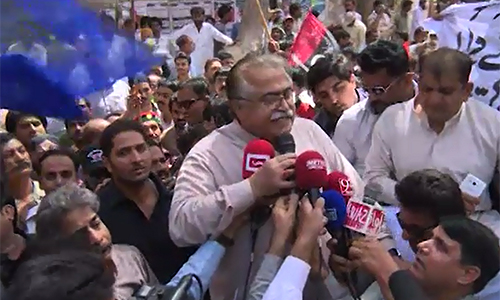 KARACHI (92 News) – Adviser to Chief Minister Sindh on Information Maula Bakhsh Chandio has announced to oppose the federal government vigorously. Addressing a PPP rally taken out against the N-League on Saturday, he said that the rule of Mian Sahib would not run easily. “The decisions of Prime Minister Nawaz Sharif are based on recommendations,” he said. Chandio said that the match fixing was done between the government and Musharraf. About the Ayan Ali issue, he said that she was not being allowed to go abroad for some amount, while the violator of constitution Musharraf was enjoying abroad.