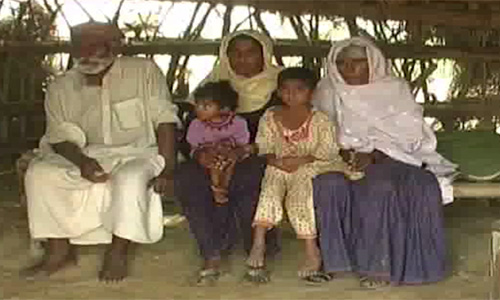 GHOTKI (92 News) – A ‘punchayat’ fined a labourer Rs 500,000 and gave his two teenage daughters in Vani despite the charge of injuring the sister of an influential landlord was not proved against him. Sukhio Mehr of Haji Khan Mehr village was accused of injuring the sister of Allahyar Khan Mehr. The punchayat fined Sukhio Rs 500,000 despite the charge was not proved against him. He paid the fine by selling his all cattle and household belongings. However, he refused to give his two daughters in Vani. At this, the influential landlord expelled him from the village. Sukhio has appealed to the government to protect the life of his two teenage daughters.