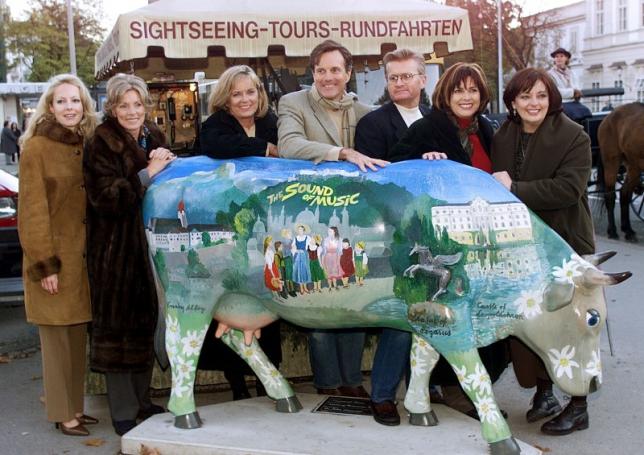 LOS ANGELES - Charmian Carr, beloved by fans for her role as the rebellious daughter, Liesl Von Trapp, in the Academy Award-winning film "The Sound of Music," has died at the age of 73, her family said. Carr died on Saturday of complications from a rare form of dementia in the Los Angeles suburb of Woodland Hills, the family said in a statement. Carr was in her early 20s when she played Liesl, the eldest of the seven children of stern widower Captain Von Trapp, played by Christopher Plummer, in the 1965 musical starring Julie Andrews. Her romantic dance scene with screen boyfriend Rolfe in a gazebo during a thunderstorm while singing "Sixteen Going On Seventeen" was considered one of the movie's most charming scenes. After "The Sound of Music," Carr appeared in the TV musical "Evening Primrose" with Anthony Perkins but then stepped back from acting to start an interior design business and raise a family. But her enthusiasm for "The Sound of Music" remained undiminished and in 2000, she started hosting sing-alongs of the movie across the United States, which drew thousands of fans dressed as their favorite characters. Carr also wrote two books - "Forever Liesl," in 2000, in which she detailed the making of the movie, and "Letters to Liesl" in 2001, which was inspired by the fan mail she received from around the world. Carr was born in Chicago on Dec. 27, 1942, and moved to California when she was 13. She is survived by two children and four grandchildren. -Reuters