CHARSADDA (92 News) - Several areas of Khyber Pakhtunkhwa have been inundated by the flash floods while people are migrating to safer places. 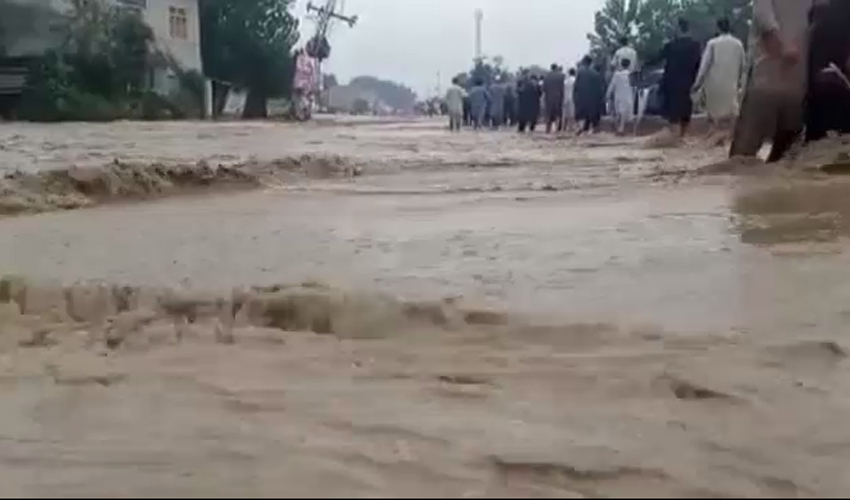 The affectees are being evacuated through boats. The authorities have issued an alert for passage of 400,000 cusecs of floodwater in the River Kabul. Owing to closure of roads, hundreds of people have been trapped in different areas.

In Lower Dir, three children died when the roof of their house collapsed due to the flood. 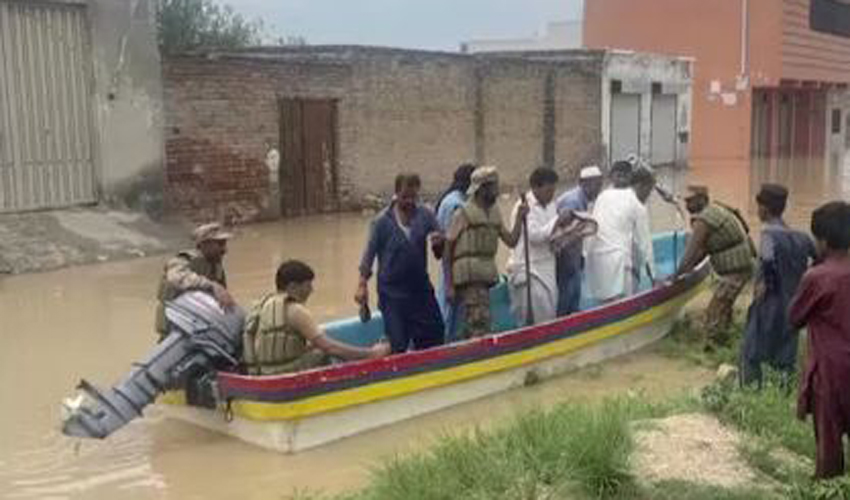 In Swat , hundreds of houses and hotels have been destroyed while dozens of bridges washed away by the floodwater. The swelling Swat and Kunhar rivers away everything. In Ghazar, five of a family were killed due to landslide. 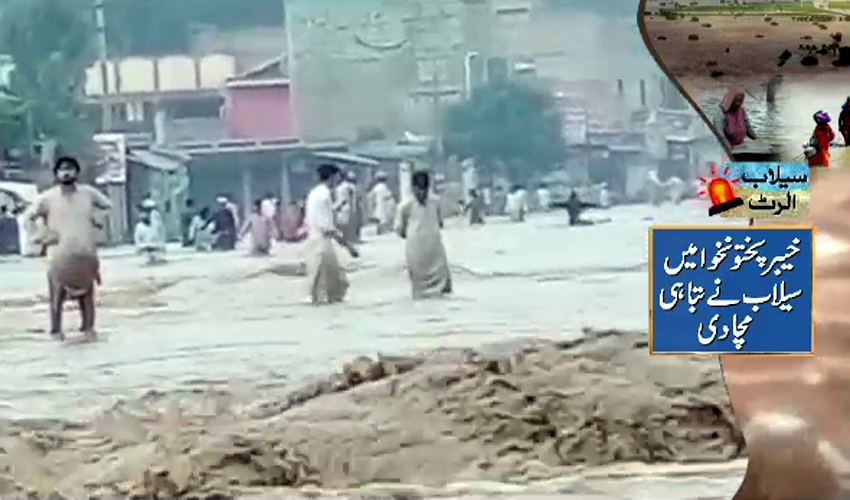 In Lower Kohistan, 16 people have drowned in the floodwater. Ayub Bridge, the biggest one in the area, has also been closed. Floodwater entered the police lines due to a crevice in the dyke at Manakhel. In Khyber Pakhtunkhwa, government buildings, schools, colleges and offices have been opened for the flood victims.