Chase century lifts Windies out of trouble against Pakistan 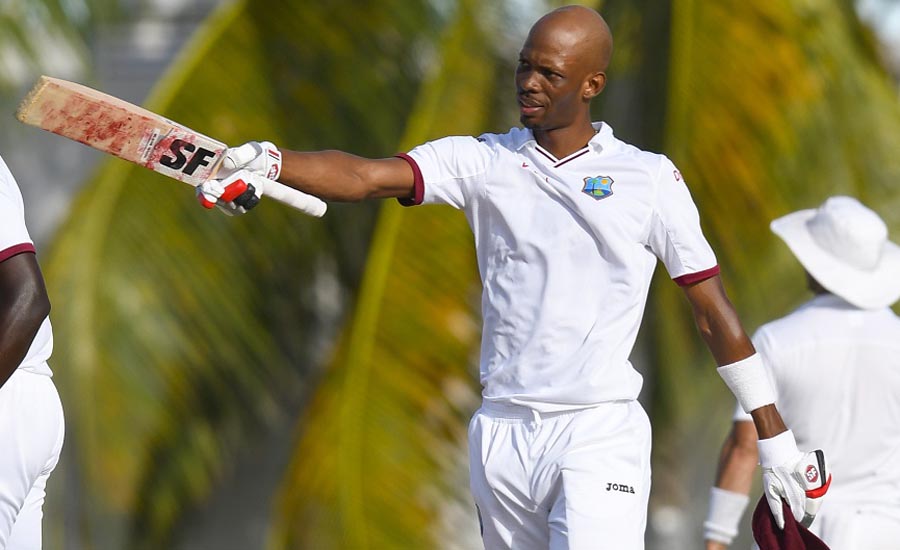 Chase century lifts Windies out of trouble against Pakistan

BARBADOS - A polished century by Roston Chase guided West Indies out of trouble and into a decent position on 286 for six against Pakistan on the first day of the second test in Barbados.

Chase, 131 at stumps, combined with captain Jason Holder for an unbeaten 132-run seventh-wicket stand at Kensington Oval in Bridgetown.

An all-too-familiar top-order collapse brought Chase to the crease with the hosts reeling at 3-37 after Kraigg Brathwaite (9), Shimron Hetmyer (1) and Shai Hope (5) had all fallen cheaply for the third time in as many attempts in the series.

Chase, with help from opener Kieran Powell (38) and wicketkeeper-batsman Shane Dowrich (29), added some respectability to the score before Holder chimed in with 58 not out to leave the honours perhaps just about even.

Chase’s second test century, in just his ninth test, featured a variety of shots, as he scored almost equally on both sides of the wicket, stroking 17 fours in his 207-ball hit.

West Indies had won the toss and decided to bat, naming an unchanged 11 from the first test, while Pakistan gave a test debut to teenage leg-spinner Shadab Khan.

He finished the day with 1-90 as the Pakistan bowlers shared the spoils, with pacemen Mohammad Amir and Mohammad Abbas taking two wickets apiece, while leg-spinner Yasir Shah chipped in with one. However, the visitors perhaps rued playing only four specialist bowlers.