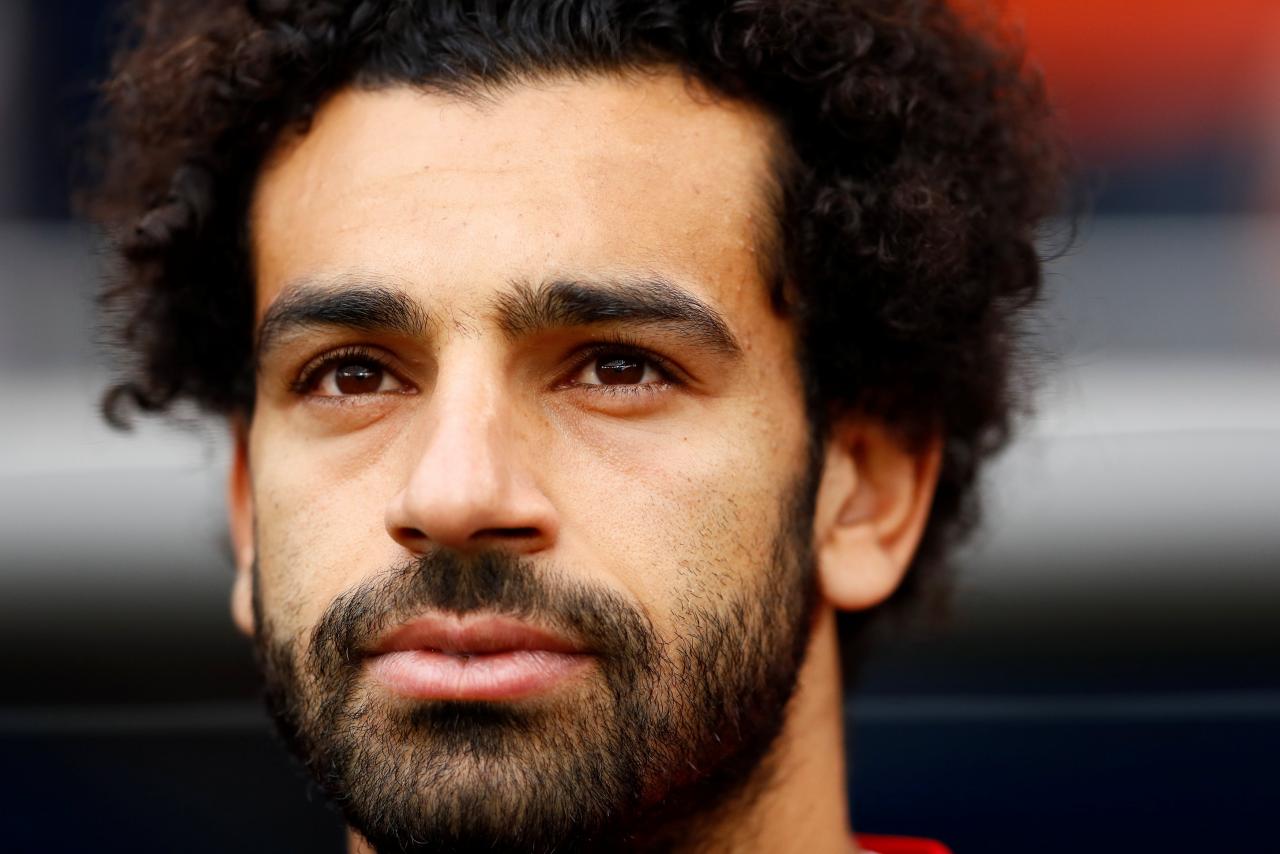 GROZNY, Russia (Reuters) - Egypt forward Mohamed Salah might have had a forgettable 26th birthday as his team lost to Uruguay in their World Cup opener on Friday, but a group of fans from Chechnya brought a smile to his face with a 100kg cake decorated with a golden boot. Salah, who scored 44 goals for Liverpool last season, injured shoulder ligaments in the Champions League final defeat by Real Madrid on May 26 and was not risked in Egypt’s 1-0 Group A loss to Uruguay in Yekaterinburg. Egypt’s talisman, who is expected to play in their remaining group games with Russia and Saudi Arabia, was presented with the two-tier cake in the colours of the national flag on the team’s arrival at their training base of Grozny early on Saturday. Salah smiled and hugged his team mates as they sang ‘Happy Birthday’ in English and Arabic before blowing out the candles and heading to his room. Egypt take on hosts Russia in St Petersburg on Tuesday.