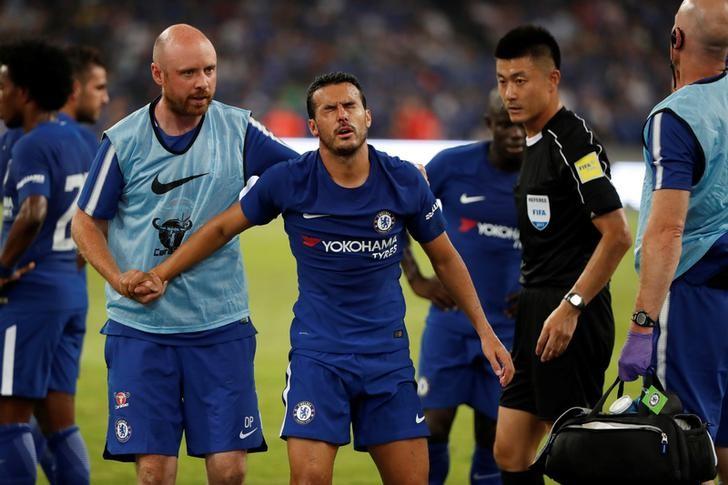 LONDON - Chelsea playmaker Pedro will leave the club's pre-season tour and return to England after suffering a concussion during their 3-0 win over Premier League rivals Arsenal in China.

The Spain international needed medical attention after colliding with Arsenal goalkeeper David Ospina in the first half and was replaced by midfielder Jeremie Boga. The 29-year-old was taken to a hospital in Beijing.

"Pedro stayed in hospital overnight in Beijing for observation having sustained a concussion and facial injuries in last night's game against Arsenal," the club said in a statement on their website on Sunday.

"He will now return to London for further review."

The league champions will face German champions Bayern Munich in their next pre-season match in Singapore on Tuesday. -Reuters