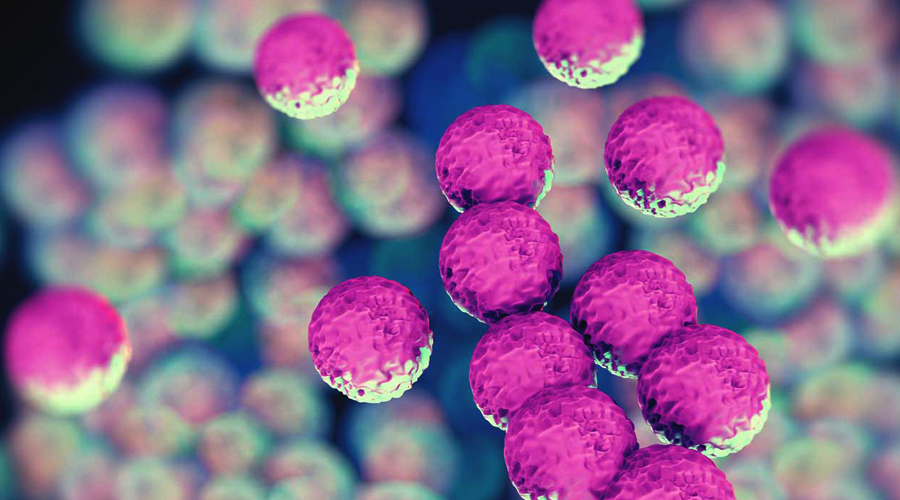 ILLINIOS – Slowing the rise of antibiotic-resistant “superbugs” may take more than just curbing overuse of antibiotics or eliminating antimicrobial chemicals from household products like soap and cosmetics, a new study suggests. It may also require taking a closer look at antimicrobial chemicals like triclosan that are found in indoor dust, said lead study author Dr. Erica Hartmann, a researcher at Northwestern University in Evanston, Illinois. “We need to find responsible ways to use antimicrobials and antibiotics everywhere - at home, in agriculture, and in medicine - to truly tackle the problem of antibiotic resistance,” Hartmann, who worked on the study while a researcher at the University of Oregon, said by email. “In some cases, like in household soaps, that may mean not using them at all,” Hartmann added. Hartmann and colleagues analyzed dust samples from an indoor athletic and educational facility and found links between antimicrobial chemicals and antibiotic-resistance genes in microbes. For instance, dust samples with higher amounts of triclosan also had higher levels of a gene that's been implicated in bacterial resistance to multiple drugs. While they found only very small amounts of triclosan – less than many household products contain – the connection suggests a need to investigate how these chemicals in dust may contribute to antibiotic resistance, the researchers conclude. Earlier this month, the U.S. Food and Drug Administration banned over-the-counter bar soaps and certain other consumer products that contain triclosan and other antibacterial chemicals. The ban didn’t cover hand sanitizers or antibacterial products used in hospitals. The ban also doesn’t apply to lots of other products that contain these chemicals, including paints, toothpaste, baby toys, bedding, and kitchen utensils, Hartmann said. “Right now, we don’t know how much of the triclosan we see in dust comes from soap versus other products (building materials, paints, plastics, etc.),” Hartmann said. “In a lot of cases, the antimicrobial chemical can just be omitted and the product is still just as effective.” The current study doesn’t prove antimicrobials in dust cause antibiotic resistance, the authors note in the journal Environmental Science and Technology. In addition, the study can’t tell how the potential effect of chemicals in dust would compare to the effect of other causes of antibiotic resistance, such as unnecessary antibiotic prescriptions or overuse of these treatments in livestock feed, said Tim Landers, a researcher at the Ohio State University College of Nursing in Columbus who wasn’t involved in the study. Still, the study rightly singles out triclosan as a potential problem, Landers said by email. “It is important to note that not all antibacterial agents are equal,” Landers said. Some, like alcohol-based hand rubs, destroy bacterial cell walls and we don’t see resistance to these agents.” “However, there is increasing evidence that triclosan resistance does emerge and makes the bacteria resistant to antibiotics in other classes,” Landers added. “Triclosan has been implicated as having negative impacts on the environment as well.” –Reuters