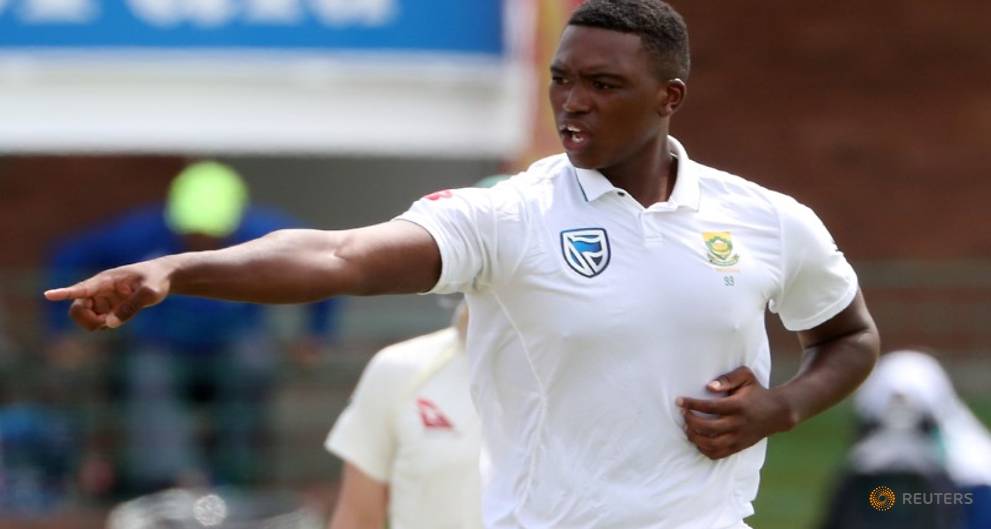 NEW DELHI (Reuters) - Fast bowlers usually have uncharitable words to describe Indian wickets but Lungi Ngidi was full of praise for the Pune surface where he wrecked Kings XI Punjab in a stellar display of pace bowling in the batsman-dominated format. The Chennai Super Kings bowler tormented Punjab batsmen with his pace and movement to return 4-1-10-4 in the five-wicket Indian Premier League (IPL) victory at the Maharashtra Cricket Association Stadium. “Having seen (new ball partner Deepak) Chahar bowl the first over, there was a bit of bounce and pace in the wicket. I was grinning there from the boundary,” the South African said after Chennai’s last group match. Encouraged by the bounce and carry, the 22-year-old steamed in with keeper Mahendra Singh Dhoni gathering several deliveries above shoulder height. “When I got the ball, and bowled my first ball I actually saw that it’s a very quick wicket and it was playing a lot in my favour,” Ngidi later told reporters. “I tried to pitch it on the fourth stump line, (thinking) whether it was swinging away or swinging back in, let the batsmen deal with that. “It was a very good wicket for fast bowlers I’d say. It was very exciting to see Indian conditions offer such a fast bowler-friendly wicket.” Lungi left the Chennai camp and returned home last month after his father passed away but has been a steady performer for the two-time champions since his return. On a pitch of his liking , Ngidi dismissed the dangerous Chris Gayle for a duck in his maiden first over. In his next, he brought one back to breach the gate of KL Rahul, comfortably Punjab’s best batsman this season. He then returned to dismiss Punjab captain Ravichandran Ashwin and Andrew Tye in the same over on his way to register his best Twenty20 figures, which also earned him the Man of the Match award. Bought for five million Indian rupees (54,600 pounds) in the players auction, Lungi said his maiden IPL experience had uplifted his mood following the family tragedy. “It was the last thing I expected,” he said of the January auction. “I never thought I’d get picked up in the auction. But the way the coaching staff and (captain) MS Dhoni have backed me has been really amazing. “The experience here has been eye-opening. I have never played in front of such crowds but then again this is the kind of stages where you find out how really good you are.” Party-pooper Delhi Daredevils, who finished last in the eight-team league, beat defending champions Mumbai Indians as Rajasthan Royals grabbed the final playoff slot. Table-topper Sunrisers Hyderabad will now clash with Chennai in Tuesday’s qualifier with the winner making it to final. Kolkata Knight Riders will take on Rajasthan in Wednesday’s eliminator. The winner of which will meet Tuesday’s beaten side for a place in the final in Mumbai.