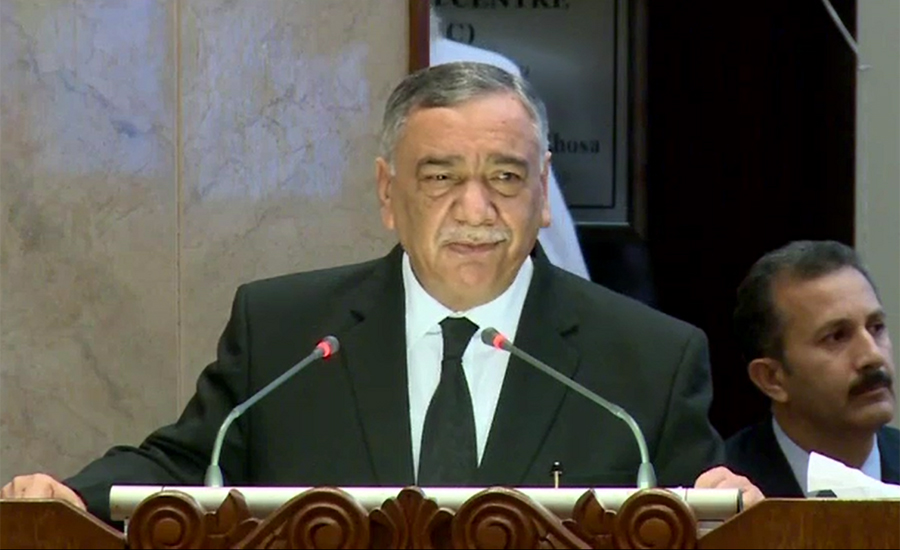 ISLAMABAD (92 News) – Chief Justice of Pakistan Asif Saeed Khosa has said that a change always faces resistance. Addressing the inaugural ceremony of a website and a research centre of the Supreme Court on Thursday, he said a silent revolution is being produced in the Justice Department. The CJP said that the model courts have the same judges and lawyers, but technology is yielding astonishing results. “The Judicial Policy Committee had decided to make the model courts. We are establishing intelligent courts through artificial intelligence,” he said. He said that the model courts recorded the statements of several women on the WhatsApp call. “The courts also recording the statements of doctors through Skype,” he added. The CJP said that the Muslims felt 150 years back that they would lag behind the world if they did not get the modern education. “I have been in love with technology since my daughter attended the first class of computer in 1991. I love technology too much. We can only make progress through technology,” he said.

CJP for launching a movement to restore lawyers’ respect

Earlier, Chief Justice of Pakistan Asif Saeed Khosa had called for launching a movement to restore the respect of lawyers. Addressing a ceremony at Judicial Academy, he said that lawyers’ respect is declining with each passing day. “Here lawyers throw chairs at judges. Layers should use the arguments instead of their hands. Will it be right if the lawyer and the judge beat each other? Where are we heading to? We should eliminate it immediately.” he pointed out. The CJP said that the lawyers could not get the support of good words without their love for the literature. “A good lawyer should have full command of the history, mathematics and the literature,” he said. He said that sometime judges are asking the lawyers that the case cannot be instituted. “The judge should write the judgment after listening to arguments.” Chief Justice Asif Saeed Khosa said that lawyers could win the case only on the basis of arguments.