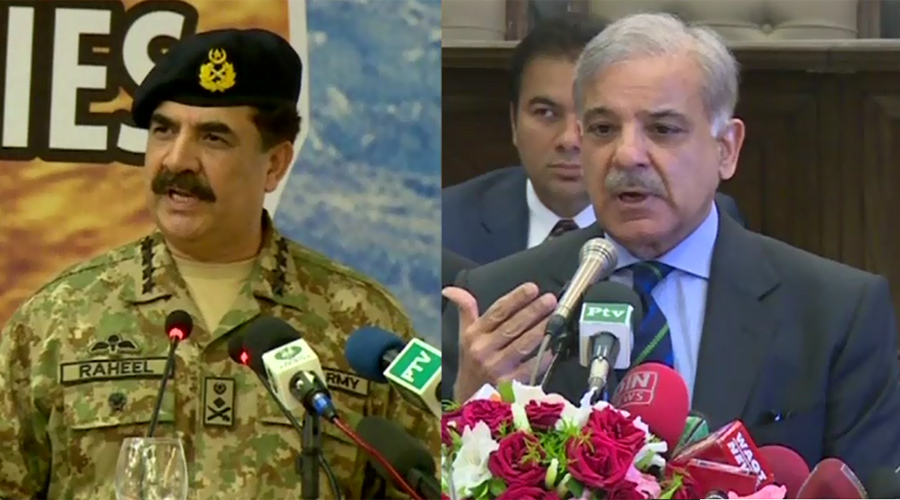 RAWALPINDI (92 News) – Chief Minister Shahbaz Sharif called on Chief of Army Staff General Raheel Sharif at GHQ on Tuesday. They discussed different important matter, including political situation in the country. After the meeting, the chief minister reached Lahore. During his two-day stay in Islamabad, he met with American and Chinese ambassadors.