Chilwell ticks boxes to stay with Foxes until 2021 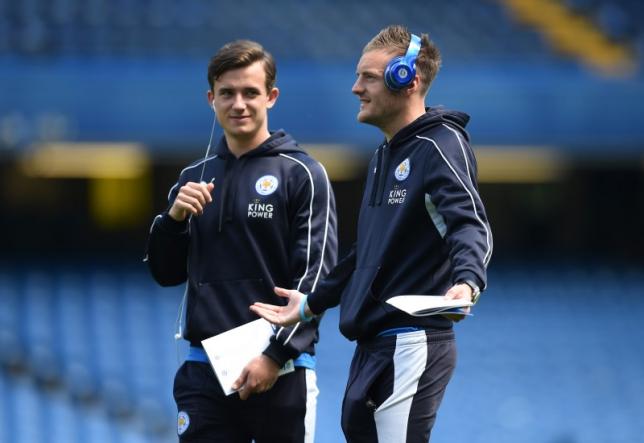 Chilwell ticks boxes to stay with Foxes until 2021

LONDON - Highly-rated defender Ben Chilwell has signed a new five-year deal at Leicester City which will keep him at the King Power Stadium until 2021, the Premier League champions said. The 19-year-old has yet to make his league debut for Leicester but was linked with a possible move to several clubs, including Liverpool and Arsenal, during the close season. "It's fantastic news for us. Ben is a player with a big future and I am very happy that future will be with Leicester City," manager Claudio Ranieri told the club's website (www.lcfc.com). "Ever since I arrived in Leicester, Ben has been a young player that has shown a lot of promise. He has all the attributes you would want in a defender and shows a lot of maturity for a player of just 19." Meanwhile, new centre back Luis Hernandez said he was looking forward to adapting to the physicality of English soccer following his move from Spanish side Sporting Gijon earlier this month. "I am not under pressure at all. It's a challenge for me. I am with the Premier League's champions and therefore it demands the best of me," Hernandez told British media. "First of all, I have to change my mind. Obviously, the Premier League is much more physical and much more attractive to the audience. I have to adapt myself to this situation. With the Foxes set to embark on a maiden Champions League campaign, the 27-year-old will likely provide competition for the first-choice centre-back pairing of Wes Morgan and Robert Huth. "But, as I said, my colleagues' welcome has been wonderful. The manager is also helping me in order to make my adaptation easier," Hernandez added. Leicester have already fended off interest from Arsenal to keep striker Jamie Vardy, who signed a new deal last month but failed to keep influential midfielder N'Golo Kante, who joined Chelsea, while winger Riyad Mahrez's future remains uncertain. The Foxes will kick off their title defence with a trip to the KC Stadium, where they will face promoted Hull City on Aug. 13. -Ruters