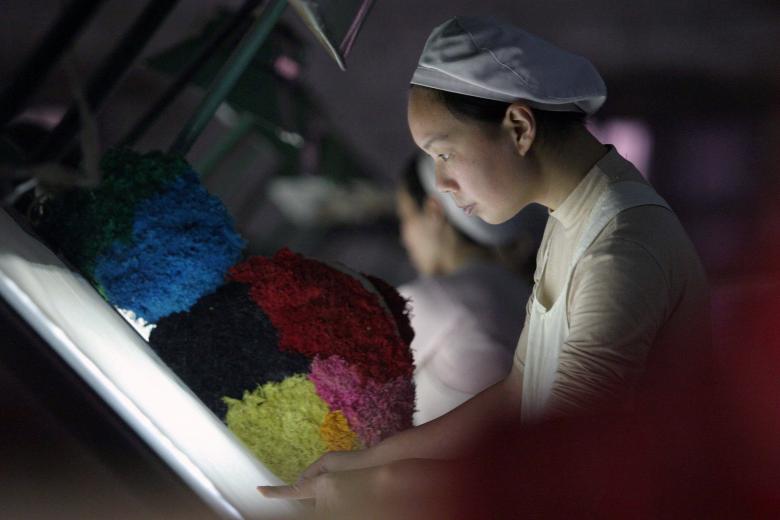 BEIJING - China's factory output and fixed asset investment growth cooled more than expected in April, adding to signs that momentum in the world's second-biggest economy is slowing from a strong start in the first quarter.

Factory output rose 6.5 percent in April from a year earlier, while fixed-asset investment grew 8.9 percent in the first four months of the year, both worse than expectations.

Analysts polled by Reuters had predicted factory output would grow by 7.1 percent in April, easing from March's 7.6 percent.

Output growth slowed on tumbling steel and iron ore prices amid concern over rising inventories after China's mills cranked out as much metal as possible to drive factory output to its highest since December 2014.

Fixed asset investment had been forecast to grow 9.1 percent over the first four months of the year, easing from 9.2 percent in Jan-March.

Retail sales rose 10.7 percent in April from a year earlier. Analysts had expected a 10.6 percent rise, edging lower from the previous month.

Private investment accounts for about 60 percent of overall investment in China.

With growth comfortably above this year's target of around 6.5 percent, Chinese policymakers have shifted their focus to reining in financial risks and stamping out speculative activity in the property market.

China's National Bureau of Statistics said Monday that more positive factors were seen in the economy in April, though structural problems remain.

China is targeting growth of around 9 percent in fixed asset investment for 2017, and expects retail sales to increase about 10 percent.

The country's first quarter economic growth came in at a faster-than-expected 6.9 percent, the quickest since 2015 on higher government infrastructure spending and a gravity-defying property boom.

China has cut its economic growth target to around 6.5 percent this year to give policymakers more room to push through painful reforms and contain financial risks after years of debt-fuelled stimulus. -Reuters