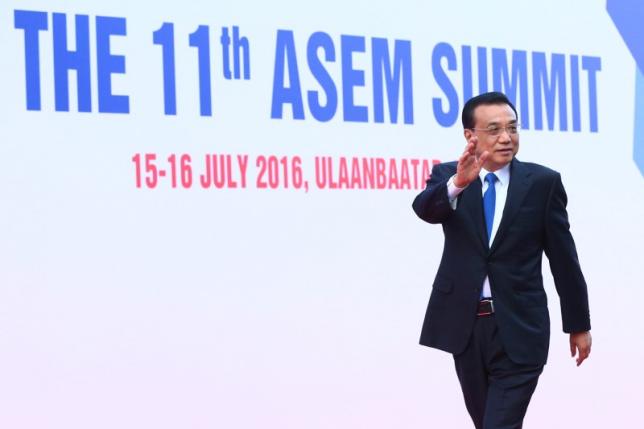 BEIJING – Chinese Premier Li Keqiang called on Saturday for greater global cooperation against terrorism, state media said, as the Asian giant seeks greater international support for its anti-terror fight. Speaking at an Asia-Europe summit, Li said various security challenges - conventional and unconventional - remain prominent even though those regions had remained generally stable and peaceful. "Acts of terrorism are common challenges faced by every nation. Countries should work more closely to fight terrorism, and build societies that are truly open and tolerant so to root out the soil where it grows," said Li. China has sought Western support for its own "war on terror" since the attacks in Paris last November. Hundreds of people have been killed in the past few years in China's western region of Xinjiang, home to the mainly Muslim Uighur people. The government blames the violence on Islamist militants who want to establish an independent state called East Turkestan. But rights groups say Beijing's repressive policies in the region have fuelled the unrest, a charge the government denies. Western countries have generally been reluctant to share intelligence with China or otherwise cooperate, while independent experts on Uighur issues have said China has provided little evidence to prove the existence of a cohesive militant group operating in Xinjiang. –Reuters