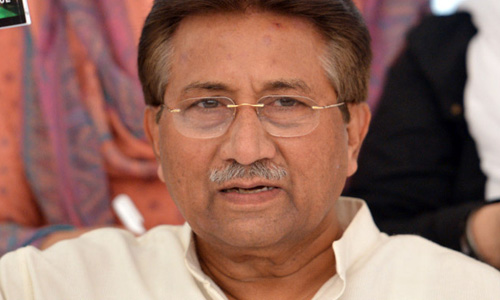 KARACHI (92 News) – Former president Pervez Musharraf has said that Pakistan should not interfere in the Yemen issue, while China can play a role in this regard. In an exclusive interview with 92 News on Saturday, he said that no one had sought permission from him for drone attacks. He said that Pakistan has suffered huge losses in the war against terrorism. He claimed that they had wiped out the TTP in Swat. “After the 2008 election, the new government released Sufi Muhammad. Had the government followed my policies, Pakistan would have not faced such conditions,” he maintained. He said that India is using Afghanistan. Pervez Musharraf said that every political party has a militant wing. “The credit of the Karachi operation goes to the Army and the Rangers,” he added.