China could strike back at Dow-listed firms over trade 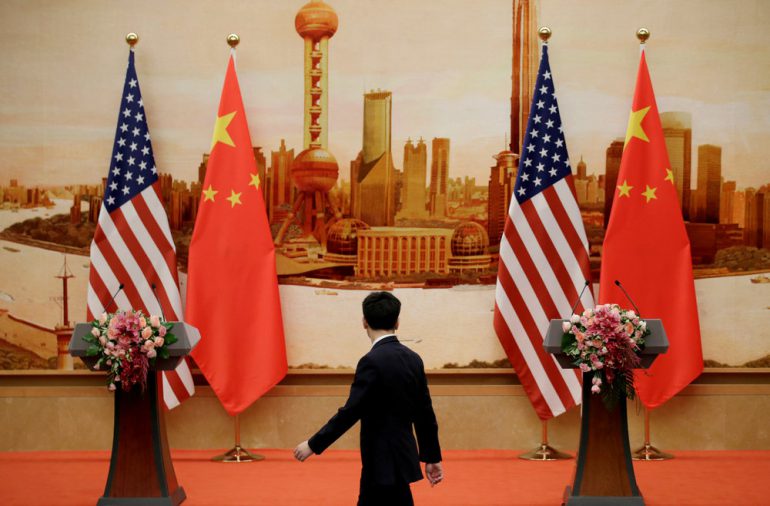 China could strike back at Dow-listed firms over trade

BEIJING (Reuters) - China could hit back at US firms listed on the Dow Jones Industrial Average if US President Donald Trump keeps exacerbating tensions with China over trade, state-controlled Chinese tabloid The Global Times said on Thursday. Trump threatened on Monday to hit $200 billion of Chinese imports with 10 percent tariffs if China follows through with retaliation against his previous targeting of $50 billion in imports. The Dow, which counts Boeing Co , Apple Inc and Nike Inc  among its constituents, ended down 0.17 percent on Wednesday. The 30-stock share index has declined 0.25 percent year-to-date. “If Trump continues to escalate trade tensions with China, we cannot rule out the possibility that China will strike back by adopting a hard-line approach targeting Dow Jones index giants,” the Global Times said in a commentary. The world’s two biggest economies seemed increasingly headed towards open trade conflict after three rounds of high-level talks since early May failed to reach a compromise on US complaints over Chinese trade practices and a $375 billion trade deficit with China. Despite taking steps in self-defence, China will not stray from its path of deepening reform and opening up, said the tabloid, which is run by the People’s Daily. “Beijing will further open up China’s financial markets to the world, a move that may draw funds from US stock markets as global investors increasingly add Chinese stocks to their portfolios,” it said. “Those measures may further knock down US stock prices.”