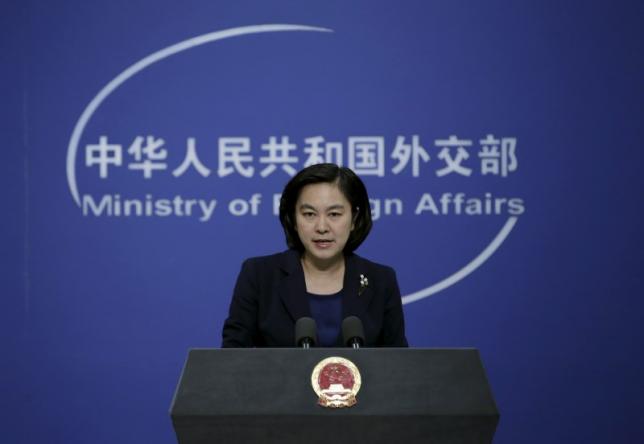 BEIJING – China on Tuesday criticised what it said were "irresponsible" remarks made by a US official this week calling for Beijing to do more to curb North Korea's banned nuclear program.

North Korea said it had successfully conducted a test of a miniaturized hydrogen nuclear device on Jan. 6 which, if true, marks a significant advance in the isolated state's strike capabilities in contravention of UN Security Council resolutions.

"Many of the remarks made no sense and were not constructive," Chinese Foreign Ministry spokeswoman Hua Chunying told reporters.

Hua spoke ahead of a visit to China this week by US Secretary of State John Kerry, who has promised to press China to push for more curbs on North Korea's nuclear program.

Hua urged "relevant countries" to take responsibility and not "point the finger at other people and make irresponsible remarks".

Kerry is also planning for discussions on the South China Sea, a source of growing tension between China and Southeast Asian countries with rival claims. –Reuters