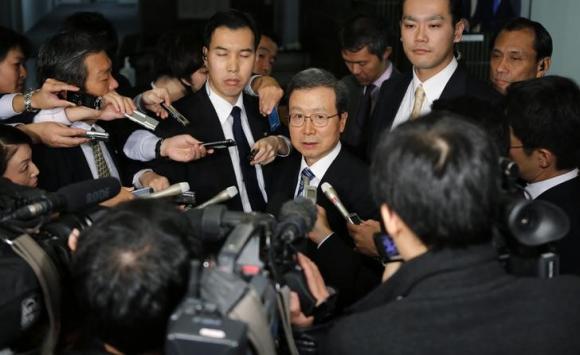 SHANGHAI - China will question Japan's commitment to peace if it adopts an ambiguous or defiant stance regarding its wartime actions, Beijing's ambassador to Tokyo told the English-language China Daily newspaper in an interview published on Friday. China hopes Japan will "take a correct attitude, stick to its previous correct positions and statements, including the Murayama Statement. We also expect that Japan will remain on the pathway of peace", Cheng Yonghua was quoted as saying. In landmark comments known as the Murayama Statement, Japanese Prime Minister Tomiichi Murayama made a "heartfelt apology" in 1995 for the wartime damage and suffering caused by Japan. "If Tokyo attempts to tackle the war incorrectly, or to impose ambiguity or defiance upon its war-related actions, we will worry about it further honoring the pathway of peace," Cheng said. On Tuesday, Murayama told Reuters that Japanese Prime Minister Shinzo Abe risked further alienating neighbors if he does not stick to the substance of the 1995 apology for wartime aggression. Abe, who as a rookie lawmaker opposed Murayama's apology in 1995, has adopted a conservative agenda that includes a less apologetic tone toward the past and revising the post-war, pacifist constitution. Feuds over wartime history as well as territorial rows have frayed Tokyo's ties with Seoul and Beijing in recent years. Sino-Japanese relations have thawed a bit since a leaders' summit last November but ties with Seoul remain frosty. - Retuers