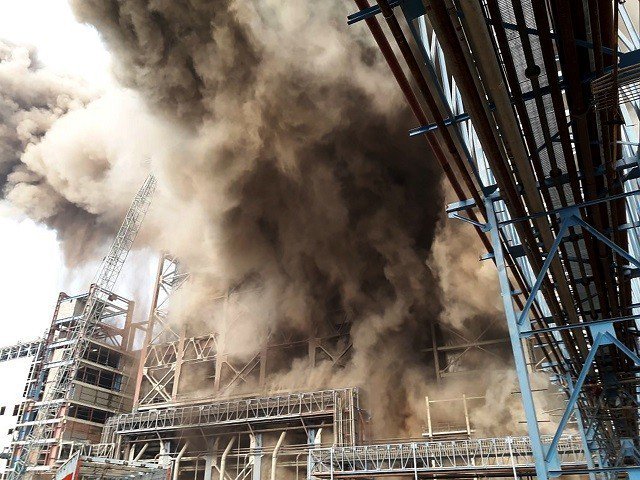 BEIJING (Reuters) - Two people were killed and 24 others injured in an explosion at a machinery plant in the northern Chinese province of Jilin, the local government said on Saturday. At least 41 houses were damaged in the blast and a subsequent fire which began shortly before midnight  it said. Rescue efforts were ongoing on Saturday morning and people had been evacuated from the area. Scores of police, fire fighters and medical personnel had been sent to the scene. China has pledged to improve safety in factories, though explosions and other incidents are common due to patchy enforcement of rules. In August, five people were killed in an explosion at an aluminium plant in the eastern city of Jiangsu, while in July, 19 people died in a blast at a chemical plant in the southwestern province of Sichuan. Earlier this month two people were killed in a factory explosion in the city of Ningbo.