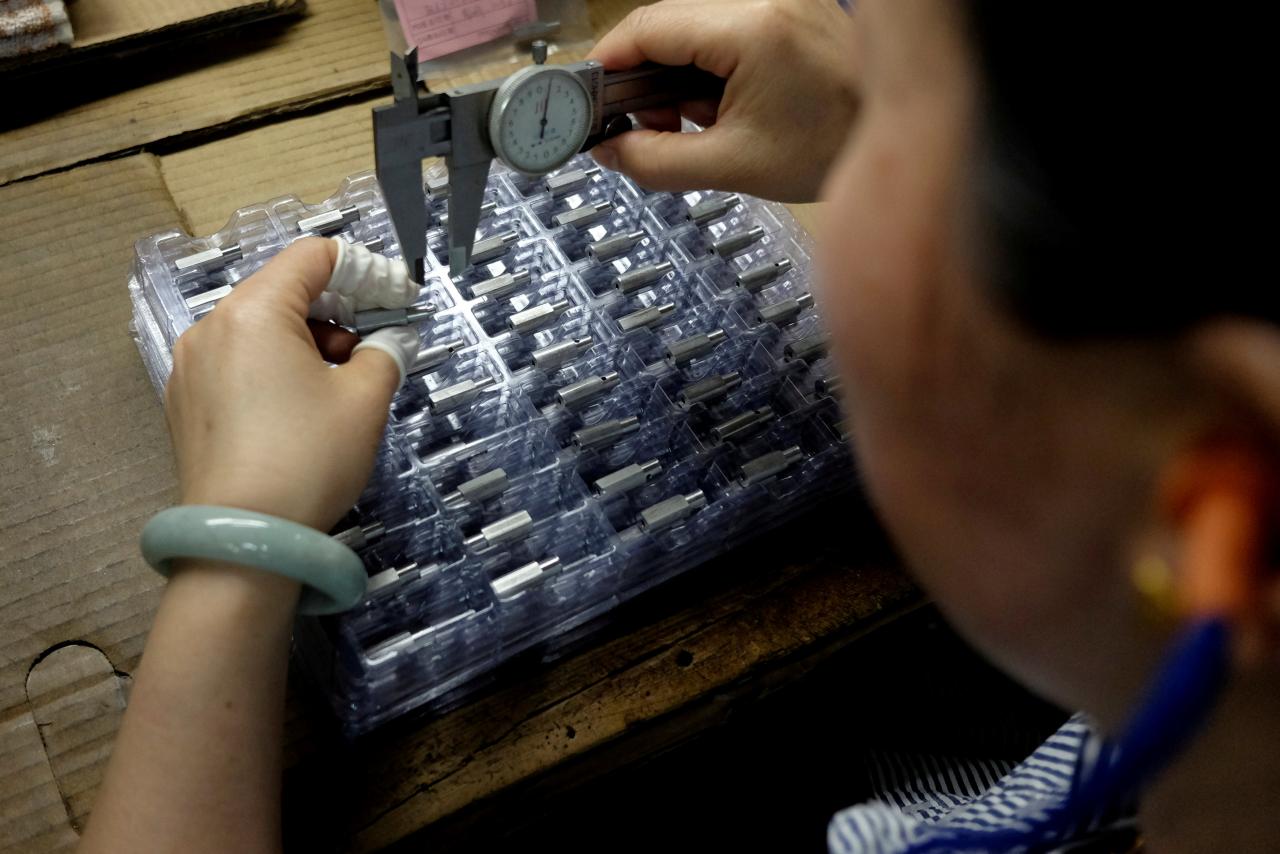 BEIJING (Reuters) - Growth in China’s factory sector is expected to have slowed for a second month in July amid softer domestic investment and as the worsening trade dispute with the United States clouds the outlook for external demand. The slowdown in July is expected to be slight, however, as healthy profit margins driven by strong commodities prices and efforts to limit excess production capacity mean firms are keen to keep their factories humming. The official manufacturing Purchasing Managers’ Index (PMI) is expected to fall to 51.3 in July from 51.5 in June, according to the median forecast of 28 economists in a Reuters poll. The 50-mark divides expansion from contraction on a monthly basis. That would mark two years of expansion for China’s manufacturing sector, following a recovery in global demand for Chinese exports and strong credit growth, which has driven a housing boom. However, both of these drivers have slowed this year, as export growth pulls back and the government reins in credit expansion in a bid to put the economy on a more sustainable growth path. That has raised concerns that the slowdown in growth could be steeper than expected in the second half of the year, as exports to the United States, China’s largest export market, face higher tariffs. Trade tensions between Washington and Beijing rapidly deteriorated in July as the world’s two largest economies formally slapped new tariffs on each other’s goods with threats of more to come. China’s economic growth slowed slightly to 6.7 percent in the second quarter, but this was still above the official 2018 growth target of around 6.5 percent. The industrial sector so far has held up, with profits rising 20 percent in May on strong ex-factory price inflation. But Beijing isn’t sitting still and has stepped in with measures to support growth as a sharper slowdown could fuel job losses, a concern raised by a government official this week. China is expected to boost spending on infrastructure projects over the rest of the year and ease borrowing curbs on local governments to support growth, Reuters reported Friday citing policy sources. “This round of fiscal stimulus should be more contained compared to previous rounds given already high macro leverage and already high property prices,” Lisheng Wang, economist at Nomura in Hong Kong. Wang said he expects a more visible slowdown in China’s economy in the third quarter before some policy-driven stabilisation in the fourth quarter. Separately, a private survey on China’s factory expansion is forecast to hit an eight month low in July, though the slowdown is expected to be mild. The private Caixin/Markit Manufacturing Purchasing Managers’ index (PMI) is expected to have fallen to 50.8 in July versus 51.0 in June. The official PMI survey is due out on Tuesday, along with a similar official survey on services. The private Caixin manufacturing PMI will be published on Aug. 1, and the Caixin services PMI on Aug. 3.