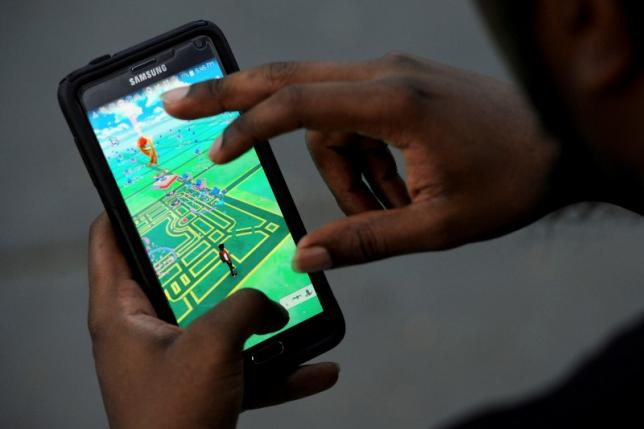 BEIJING - Not everyone loves Pokemon GO, the mobile game that has become an instant hit around the world since a limited release just a week ago. The augmented reality game, in which players walk around real-life neighborhoods to hunt and catch virtual cartoon characters on their smartphone screens, has been blamed in the United States for several robberies of distracted mobile phone users and car crashes. A US senator has asked the developers of the game to clarify its data privacy protections. And although the game is not available in China, the world's biggest smartphone and online gaming market, some people there fear it could become a Trojan horse for offensive action by the United States and Japan. "Don't play Pokemon GO!!!" said user Pitaorenzhe on Chinese microblogging site Weibo. "It's so the US and Japan can explore China's secret bases!" The conspiracy theory is that Japan's Nintendo Co Ltd (7974.T), which part owns the Pokemon franchise, and America's Google (GOOGL.O) can work out where Chinese military bases are by seeing where users can't go to capture Pokemon characters. The game relies on Google services such as Maps. The theory is that if Nintendo places rare Pokemon in areas where they see players aren't going, and nobody attempts to capture the creature, it can be deduced that the location has restricted access and could be a military zone. "Then, when war breaks out, Japan and the US can easily target their guided missiles, and China will have been destroyed by the invasion of a Japanese-American game," said a social media post circulated on Weibo. Chinese Foreign Ministry spokesman Lu Kang said he was unaware of reports that the game could be a security risk and that he didn't have time to play with such things. He gave no further details. Other government ministries did not respond to faxed questions about the game. UNDETERRED FANS But the calls for a boycott, and the fact that Pokemon GO hasn't even been released in China, have not deterred fans. "I really looked forward to playing the Pokemon artificial reality game since they first announced it. I really liked Pokemon as a kid," said Gan Tian, a 22-year-old student at Tsinghua University. She plays an unofficial version with an artificial map based on countries where the game is available. But for many others in the country, playing is proving a challenge. Not only is the game not on Chinese app stores, but Google services are blocked in China. Nintendo has given no indication as to when or whether Pokemon GO will be released in China. Niantic, the lab that developed the game, declined to comment on Friday on an eventual launch. Chief executive John Hanke said in an interview that it would be technically possible to launch in China, but noted a host of complex rules and restrictions. -Reuters