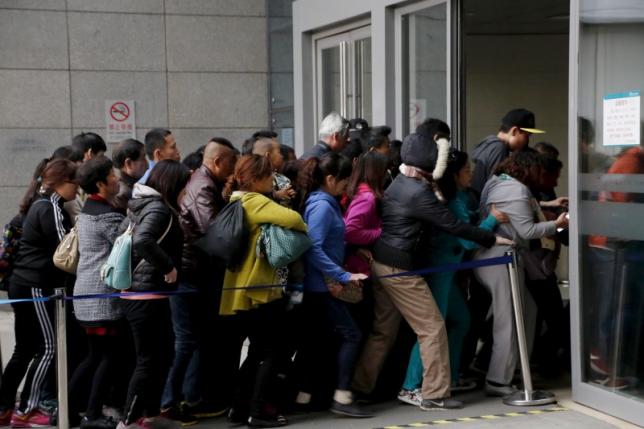 BEIJING – China's top graft buster rapped the health ministry and food and drug administration on Thursday for problems including taking bribes for drug purchases, following its latest inspection of the two bodies. China's over-burdened health-care system is blighted by crowded hospitals, corruption and tension between patients and staff, and the government has struggled to enforce reforms. The drug regulator came in for particular criticism this year after a scandal over millions of illegal trades of vaccines through a black market drugs ring. In separate statements on its website, the anti-corruption agency, the ruling Communist Party's Central Commission for Discipline Inspection, gave brief descriptions of the problems its teams had found at the ministry and regulator. At the ministry, the watchdog said there was a problem with bribery in the drug-purchase process. At the food and drug regulator, it said there were "many loopholes" in the regulatory process. The statements provided no details, but quoted the bodies' top officials as pledging to root out the problems and abide by party anti-corruption rules. China is in the midst of a sweeping anti-corruption campaign launched by President Xi Jinping upon assuming power more than three years ago. Corruption inspectors have been sent into government departments and state-owned companies, and dozens of senior officials have been jailed. –Re