China imposed tariffs on US products to 'balance losses' 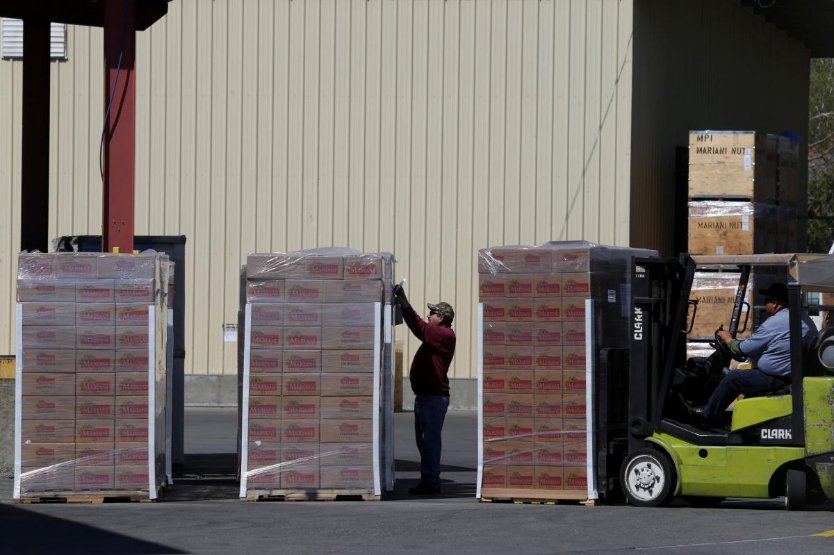 China imposed tariffs on US products to 'balance losses'

BEIJING (Reuters) - China imposed tariffs on 128 US products ranging from wine to oranges in order to “balance the losses” caused by US duties and to protect China’s national interests, according to a commentary on the front page of the official People’s Daily. Beijing on Monday slapped additional tariffs of up to 25 percent on about $3 billion worth of US products in response to new US duties on aluminum and steel imports. US producers, Canada and South Korea have been granted exemptions from the aluminum and steel duties, but not China, a relatively small supplier to the United States. The Chinese tariffs are widely regarded as modest in size. They are seen as a warning shot to the US administration, which will this week unveil a list of Chinese high-tech imports targeted for US duties. US industry has expressed concerns that China could further retaliate with punitive levies on major products such as aircraft, soybeans and autos. “China does not like trade wars, but being on the side of justice, China has no choice but to enter a war to end a war,” Wang Hailou, a researcher at the Chinese commerce ministry’s research center, wrote in the commentary. Beijing has repeatedly said it does not fear a trade war with the United States, but it has also urged Washington to come to the table and resolve their trade differences. “It would be beneficial for all if (China’s) friendly overtures were accepted by Washington. However, at the moment it seems intent on turning a deaf ear to any suggestion that they each make concessions to reach an amicable agreement,” according to an editorial in China Daily.