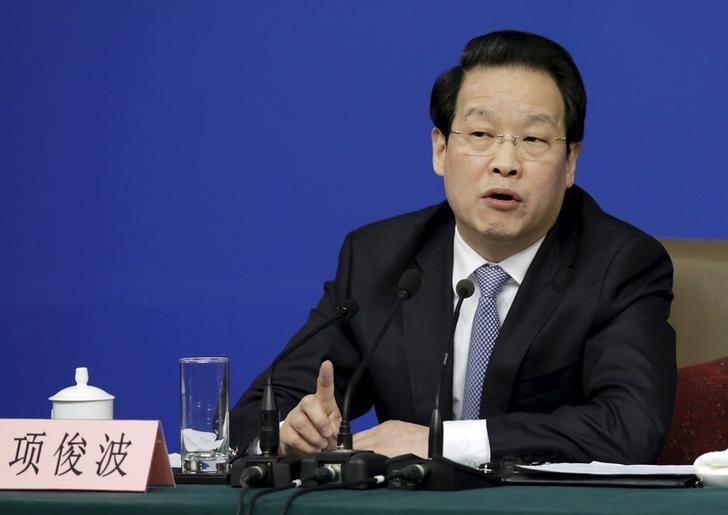 HONG KONG - China's insurance regulator is making it much tougher for insurers to get new licenses as it seeks to reduce risks resulting from the aggressive business and investment practices of some players, said three people with knowledge of the matter. Concerns about the kinds of asset purchases and trading conducted by some insurers and its focus on new solvency rules that require existing insurers to have stronger risk controls and higher capital buffers are among the reasons for the cautious approach by the China Insurance Regulatory Commission (CIRC), these people said. CIRC has sharpened scrutiny over the past few months. This month it suspended Evergrande Life, the insurance arm of conglomerate China Evergrande Group, from equity investments for engaging in speculative and frequent high-volume trading. It barred another life insurer from selling short-term insurance policies that combine death benefits with what seemed like enticing investment returns. The regulator has indicated to the industry that it is not going to issue many licenses in the near-to-medium term despite a backlog of applications, said one of the people, who declined to be named due to the sensitivity of the issue. CIRC did not respond to a faxed request for comment. A Reuters analysis of regulatory data showed CIRC issued eight new insurance licenses this year and none for the life insurance industry, which is the world's second-largest and manages more than $250 billion of policy holders' money. This compares with 13 new licenses issued last year, of which three were issued for life insurance, the data showed. Richard Collis, managing director for insurance consulting and technology in the Asia Pacific for consultancy firm Willis Towers Watson, also said the pace for issuing new licenses had slowed. He said there were more than 80 applications in the queue. That is down from just over 100 two years ago as new applications have been deterred by the slowness of the approval process and by the new capital requirements, the sources said. Those in the queue included insurers looking to expand their presence -- a separate license is needed to enter each province -- as well as new applicants, said Collis, whose law firm works with 97 of the world's top 100 insurance companies, and also with the CIRC. RUSH FOR LICENSE In the past few months, the CIRC has been unusually harsh in its criticism of some practices in the sector, terming the companies in general as capital market "savages" and criticising an over-emphasis on driving up profits. The industry is dominated by state-backed players including China Life Insurance and PICC Group, but has seen the entry of a slew of private firms in the recent past. The move to tighten issuance of licenses comes against the backdrop of little-known Chinese insurers with limited foreign buyout experience stepping up a hunt abroad for non-yuan assets and investments in risky, shadow banking-linked assets at home. This drive for higher returns has prompted investors and ratings analysts to express concern about a possible asset-liability mismatch on their balance sheets. The CIRC is reluctant to issue lots of new licenses before it is satisfied existing insurers have got on top of the new solvency rules rolled out earlier this year, said the people. Firms will have to be fully compliant by next year. In July, the watchdog said it would not allow conglomerates to use their insurance arms as financing platforms. NEW SOLVENCY RULES CIRC's new capital, risk management and governance regime for insurers will require insurers to raise more capital, review and possibly restructure assets, and may result in consolidation in the sector with smaller firms finding it tough to meet the new requirements, according to regulatory experts. Kevin Nixon, Global & Asia-Pacific Lead, Deloitte Centre for Regulatory Strategy, said the new rules would require a lot of changes in operations and technology, and ultimately dictate which products and markets Chinese insurers will operate in. While large Chinese life insurers maintain stronger solvency margins, small firms usually compete in low-margin products with limited underwriting profits and they could face pressure on capital due to their aggressive business growth, Fitch Ratings said in a report this month. -Reuters