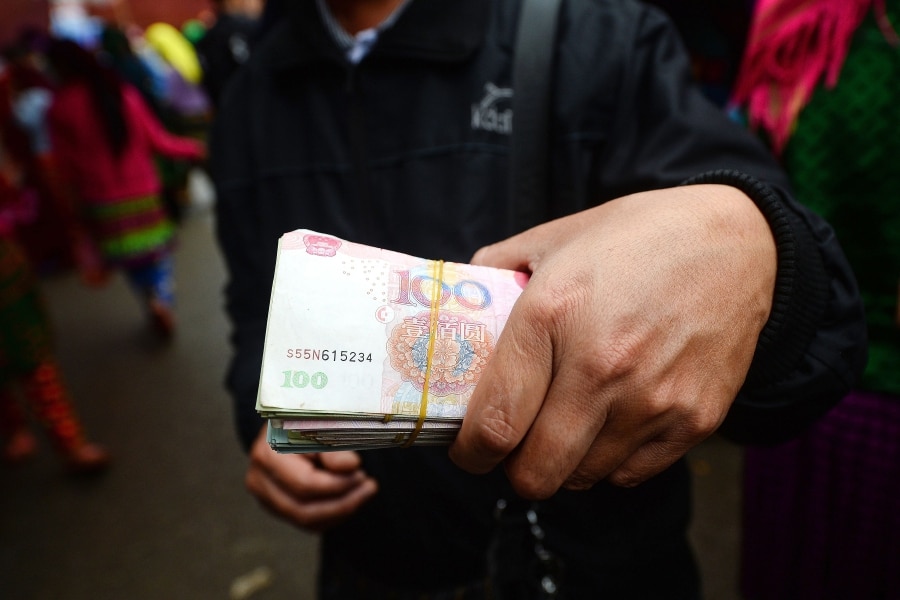 BEIJING (Reuters) - A Chinese court has jailed for 17 years a businessman who ran a 100 billion yuan pyramid scheme and organised a rare street protest in Beijing against police investigations into his activities, state media reported. Zhang Tianming and nine other staff from his company, Shenzhen-based Shan Xin Hui, were found guilty in a hearing of running a multi-level marketing company and of disturbing social order. Shuangpai County People’s Court in central Hunan province handed Zhang a 17-year jail sentence and a 100 million yuan fine after he used social media to organise a public protest involving more than 600 people from his marketing platform, state broadcaster CCTV reported. The investors took to the streets of the capital in July last year, holding banners and shouting slogans, which obstructed and defied police work, the court said. Zhang’s company had lured investors with promises of high rates of return on projects that were meant to help the poor, but had instead paid out early members purely using funds from new joiners, a court investigation found. Nearly 6 million people and over 100 billion yuan ($14.48 billion) were involved in the scheme, the court said. The nine other executives were handed prison sentences ranging from 18 months to 10 years, it said. Beijing police detained 67 Shan Xin Hui investors for disturbing social order in July last year after they staged a rare protest on the heavily guarded streets of the capital. Investors told Reuters at the time that they had come to complain that the company had been dealt a huge injustice and that it had genuinely helped a lot of poor people. They said by detaining its leaders, the government had unfairly targeted the company, which they called a charity. The government has repeatedly vowed to crack down on financial crime and fraud. In 2016, Chinese authorities shut down peer-to-peer lender Ezubao over an online scam that state media said took in some 50 billion yuan from about 900,000 investors.