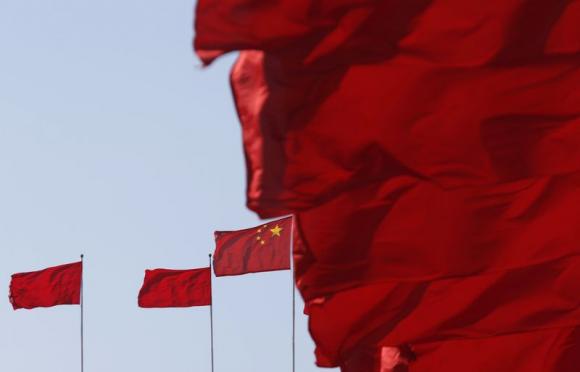 BEIJING - China has jailed two men for selling military secrets, including hundreds of photos of the country's lone aircraft carrier, to foreign spies, state media reported on Friday, without saying which countries were buying them. The state-controlled Dalian Daily said foreign intelligence services paid the men to send thousands of photos of military targets and projects, as well as recordings and other information. Both were young, "ordinary workers" who used their access to military bases in Dalian, in the northeast, the paper said. One of the men, surnamed Han, was lured by a person posing as a journalist on a popular mobile chat application. "The enemy hidden on the front lines has shown itself. In recent years foreign spies have used the internet as a battlefield for inciting rebellion within the enemy camp, and some young internet users have become the targets," the paper said. "The methods of the enemy may be cunning, but actually it is completely possible to guard against them." The other, a 23-year-old surnamed Zhang, travelled to an air show in Beijing last summer and took hundreds of photographs of the Liaoning aircraft carrier. He also collected materials there at the behest of a foreign intelligence operative, the paper said. They were eventually caught by public security authorities. Han was sentenced to 8 years in prison on January 29 and Zhang was sentenced to six years on February 12, the paper said. China's Ministry of Defence did not respond to a request for comment. In a similar case in November, a man was arrested for taking photos of an aircraft carrier base in the coastal city of Qingdao and selling them to a foreigner. Counterintelligence officials quoted by state media said at the time that more young Chinese internet users are being recruited by foreign spies to gather military intelligence. China and the United States frequently trade accusations of hacking and cyber spying, increasing tension between the two countries. China's state secrets law is notoriously broad, covering everything from industry data to the exact birth dates of state leaders. Information can also be labelled a state secret retroactively. - Reuters