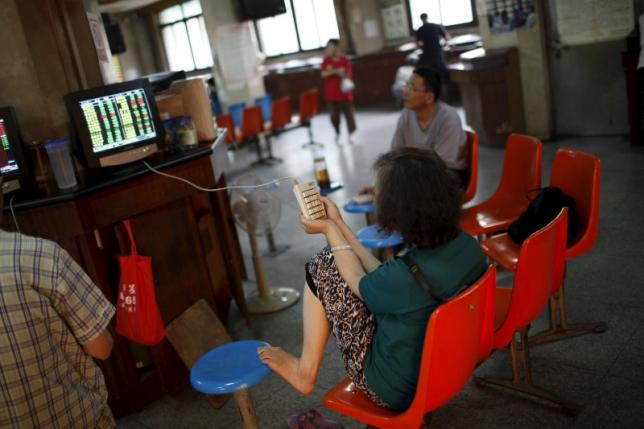 BEIJING - China's industrial profits fell 4.2 percent in January-February from a year earlier as the economy slowed and profit margins deteriorated, moderating from an 8 percent drop in December but still the sharpest decline in the first two months since 2012. Industrial firms made a combined profit of 745.2 billion yuan ($119.91 billion) in January-February, the National Bureau of Statistics said on Friday. It was the biggest drop in the period since profits fell 5.2 percent in early 2012. He Ping, an official at the bureau, said that a 5.5 percent decline in raw materials purchasing prices in the first two months cut firms' costs by 564 billion yuan. But a 4.6 percent drop in factory-gate prices cut their revenues by 733 billion yuan, resulting in a net profit fall of 169 billion yuan. "The pace of profit decline in January and February narrowed by 3.8 percentage points from December and changed the trend of an acceleration in profit decline since the fourth quarter," He said. The findings are largely in line with recent factory surveys which suggest weaker demand is forcing companies to cut their selling prices at a faster rate, eroding the benefits of cheaper input prices. Overcapacity in many heavy industries and tougher environmental measures are also pressuring some larger firms. Large and medium-sized Chinese steelmakers lost a combined 3.15 billion yuan in the first two months of the year as consumption shrank, China Iron and Steel Association (CISA) Vice Chairman Wang Liqun told an industry conference on Thursday. The statistics bureau always gives a combined profit figure for the first two months of each year to smooth out seasonal distortions caused by the long Lunar New Year holiday, when most companies shut down. The Lunar New Year holiday began on Jan. 31 last year but started on Feb. 19 this year. In the first two months, profits of the mining industry tumbled 62.6 percent from a year earlier, while combined profits of electricity, heat, gas and water suppliers rose 29.8 percent. Finance Ministry data showed last week the profits of China's state-owned non-financial firms fell 21.5 percent in the first two months of this year from the corresponding period last year, hit partly by falling oil prices. China's factory profits rose 3.3 percent last year from 2013, as its economic growth slowed to a 24-year low of 7.4 percent, underscoring deflationary pressures on manufacturers. Chinese leaders have announced an economic growth target of around 7 percent for this year, below the 7.5 percent goal in 2014. Authorities are expected to roll out more stimulus measures to avert any threat of a sharper slowdown. - Reuters