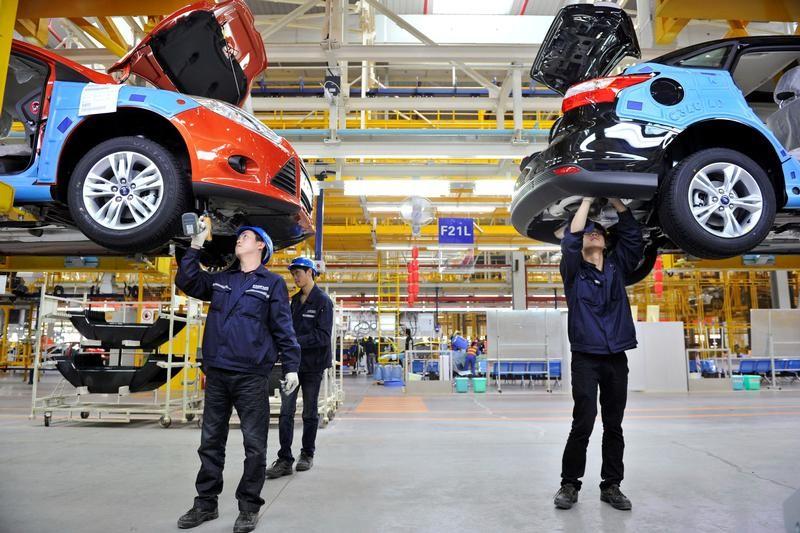 BEIJING - Growth in China's manufacturing sector slowed marginally in July, reinforcing expectations the world's second-largest economy will cool in coming months as borrowing costs rise and regulators clamp down on riskier types of financing. The official Purchasing Managers' Index (PMI) released on Monday stood at 51.4 in July, down from the previous month's 51.7 but still well above the 50-point mark that separates growth from contraction on a monthly basis. Analysts surveyed by Reuters had forecast the reading would come in at 51.6, little changed from June. China posted stronger-than-expected economic growth of 6.9 percent in the first half, fuelled by a year-long construction boom, resurgent exports and robust retail sales. The sub-index for the construction sector rose to 62.5 in July from 61.4 in June, the PMI survey by the National Bureau of Statistics showed. The construction sector remains robust as the government strengthened investment in infrastructure projects, the statistics bureau said. But new factory orders eased to 52.8 from 53.1 in June, with export orders falling to 50.9 from 52.0. "The breakdown suggests weaker foreign demand is partly to blame - the new export orders fell by a larger margin than overall new orders," said Julian Evans-Pritchard, a Singapore-based China economist at Capital Economics. The sub-index for imports slipped marginally to 51.1 in July from 51.2 a month earlier, suggesting stable domestic demand. Economists expect the pace of China's growth to slow slightly in the second half. Higher bank funding costs seen in the first half will filter through into the real economy eventually, they argue, while the red-hot property market is showing some signs of moderating after waves of government cooling measures. Growth in the services sector also cooled in July, falling to 54.5 from a three-month high of 54.9 in June, another official NBS survey found. China's leaders are counting on growth in services and consumption to rebalance their economic growth model from its heavy reliance on investment and exports. While the PMI data on Monday hinted at a slowdown, Beijing is still expected to handily meet its annual economic growth target of 6.5 percent for the full year - encouraging news for President Xi Jinping ahead of a major leadership reshuffle in the autumn. -Reuters